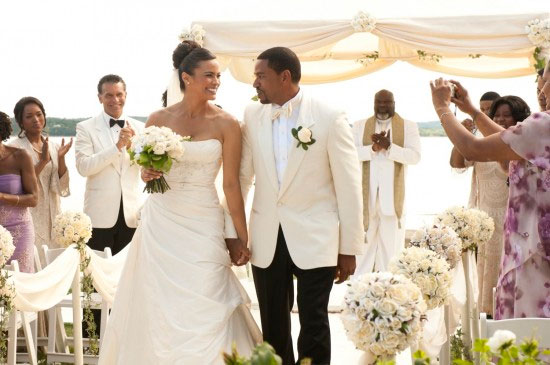 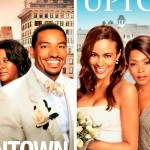 Loretta Devine and Angela Bassett both starred in the film Waiting to Exhale in 1995, being the first time in sixteen years that Devine and Bassett appeared together in film.

The plot is about two families who live on opposite sides of the social circle and have to get together for a marriage in the town of Chilmark on the island of Martha’s Vineyard in Massachusetts, where two members from both families will be wed.

Jumping over the broom symbolized various things depending on the culture. In the American south, the custom determined who ran the household. Whoever jumped highest over the broom was the decision maker of the household. The jumping of the broom does not constitute taking a “leap of faith” because the practice of jumping the broom pre-dates the phrase coined by Søren Aabye Kierkegaard by one hundred years, if not more. Among southern Africans, who were largely not a part of the Atlantic slave trade, it represented the wife’s commitment or willingness to clean the courtyard of the new home she had joined.

In England, jumping over the broom (or sometimes walking over a broom), became nominally synonymous (i.e. “Married over the besom”, “living over the brush”) with irregular or non-church unions while in America the phrase could be used as a slang expression to describe the act of getting married legally, rather than as one specifying an informal union not recognised by church or state.

TriStar Pictures is distributing the film in the United States with a premier date of May 6, 2011.