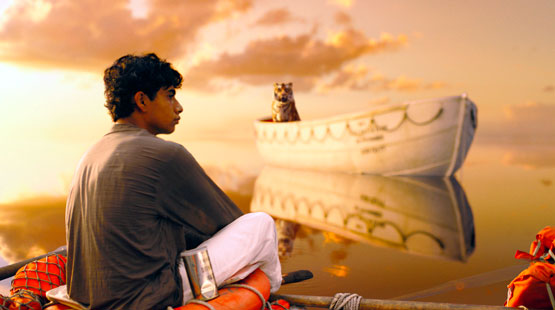 Life of Pi is a 3D adventure film based on the 2001 novel of the same name by Yann Martel. The film is directed by Ang Lee based on an adapted screenplay by David Magee and Martin Solibakke. Suraj Sharma play’s Pi. 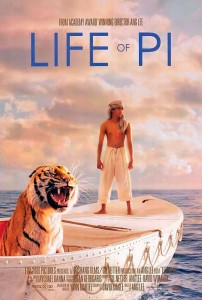 Before Ang Lee, the project had numerous directors and writers attached, and the Los Angeles Times credited Fox 2000 Pictures executive Elizabeth Gabler with keeping the project active. Gabler in February 2003 had acquired the project to adapt Life of Pi into a film. She hired screenwriter Dean Georgaris to write an adapted screenplay. In the following October, Fox 2000 Pictures announced a partnership with M. Night Shyamalan to direct the film. Shyamalan was attracted to the novel particularly because its protagonist also comes from Pondicherry (Puducherry) in India.

The partners anticipated for Shyamalan to direct the film adaptation after completing The Village. Shyamalan also replaced Georgaris as the screenwriter, writing a new screenplay for the film. Ultimately, Shyamalan chose to film Lady in the Water after The Village, and Fox 2000 Pictures decided to find another director. In March 2005, they entered talks with Alfonso Cuarón to become the new director. Shyamalan said in 2006, “I was hesitant [to direct] because the book has kind of a twist ending. And I was concerned that as soon as you put my name on it, everybody would have a different experience.”

In May 2010, Lee and producer Gil Netter proposed a reported budget of $70 million, at which the studio balked, placing the project’s development on hold for a short time. David Magee was hired to write the screenplay, and Lee spent several months looking for someone to cast as Pi.

After 3,000 men auditioned, Lee chose to cast Suraj Sharma, a 17-year-old student and an acting newcomer, in October 2010. Filming began in Taichung and Kenting, Taiwan, Montreal, Canada, and India in January 2011. In September 2012, it was announced that Lee had cut Tobey Maguire from the film to opt for an entirely international cast. Lee described Maguire’s presence as ‘too jarringly recognizable’, reshooting the scenes with Rafe Spall in the interviewer role of Yann Martel.