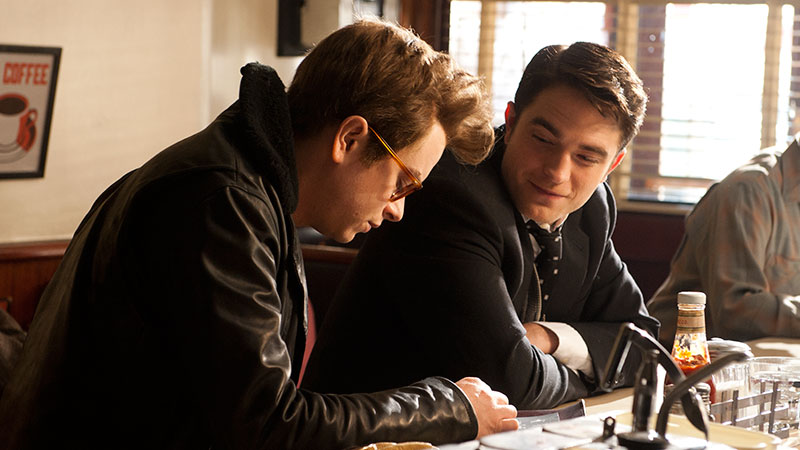 LIFE is inspired by the true story of a friendship that developed between Magnum photographer Dennis Stock (Robert Pattinson) and actor James Dean (Dane DeHaan) when Stock was commissioned to photograph the actor for LIFE magazine in 1955. 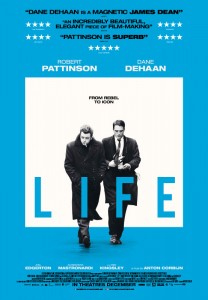 Writer Luke Davies had interviewed the real Magnum executive John Morris, and actor Joel Edgerton asked Luke a lot of questions about the agency executive. The critical thing, Luke says, was to capture Morris’ “incredibly centered” personality and awareness of the important purpose of Magnum’s work.

The story See-Saw tells emerged from patient research into the lives behind the myths surrounding their subject. Producer Iain Canning observes, “There can be an instant excitement about the idea of doing a film about a real person, but that doesn’t necessarily mean that there’s a story worth telling…”

Luke Davies undertook the research and writing that became LIFE. He had worked with See-Saw producer Emile Sherman on a film adaptation of Luke’s book Candy, and he knew Iain and Emile well. Luke’s own early life story and writing had brought the collaborators together and sown the idea for pursuing an artist—actor, musician, writer, photographer—as film subject. James Dean was discussed, and Luke took on the project. “I immersed myself in every single piece of information about James Dean,” says Davies. “and in the end I had the broad stretch of his short life”. But one part stood out: Dennis Stock’s photo assignment trip with James Dean. Luke shared the idea with See-Saw. “That’s our movie,” said Iain. In 2010, Luke started writing the script. It became not a full biopic with a grand sweep, but “a short arc with grand themes,” says Davies.

Luke continued his investigation into Dennis Stock and the background to the famous Times Square shot of James Dean. His research included interviews with people connected to the story, including Magnum executive John Morris (played by Joel Edgerton) and Dennis Stock’s son Rodney, who was seven at the time of the story.

“As for finding the right film title, Davies says, “This one was instant. There was never another title.” Dennis Stock is working on a LIFE magazine assignment, and life choices are at the heart of the story. Says Davies, “In a sense the movie is at some deeper level about how mortality should affect the way that we choose to live here and now. So it’s a celebration of life and an elegy for James Dean’s death.”

In part, Iain Canning’s inspiration for a project like LIFE came from working on director’s Anton Corbijn’s Control, a biographical film about Joy Division’s Ian Curtis. Their association continued. Anton’s renowned career began in photography with his influential work in rock music, from which he moved into music videos and then feature films. Having set up their production company See-Saw, Iain and Emile worked with Anton on projects with Depeche Mode, U2 and Coldplay. While developing their project on James Dean, they saw a natural connection for Anton.

Christina Piovesan had worked with Corbijn in Montreal on a music video for Arcade Fire’s song “Reflektor” and says, “I spent hours in the car with Anton as we were location scouting, and he would tell me these amazing stories about all the people that he’s met and photographed.” Anton is “a world-renowned photographer who has experienced what the film is about in his own life as a photographer”

Robert Pattinson plays photographer Dennis Stock. He was attracted to the project as “an interesting period in history and an interesting take on such a massive character as James Dean.” Pattinson says, “I read the script for quite a long time before I decided to do it,” and he was impressed by the “elegant, poetic telling of the story.” The idea of co-starring with an actor his own age was also appealing, and Robert met with Luke Davies and Anton Corbijn to discuss the film. However, he says, “My decision was so dependent on who was playing Jimmy.” Robert notes that a director of Anton’s calibre would not have cast a mere “James Dean look-alike,” but he wasn’t fully committed until Dane DeHaan came on board.

And just as Anton and the producers knew they wanted DeHaan, they were equally convinced of Pattinson’s part in the film. Anton recalls, “Rob was quickly on the horizon for me, and after we met I didn’t meet anyone else for that role.” The director also liked that Robert and Dane “are such different actors, and that’s a great thing for the roles they play” since the characters contrast “and you can imagine they could be friends because they’re different and that’s interesting in friendships—you offer the other person something that they don’t have.”

Writer Luke Davies said the casting was “dream news.” He describes Pattinson’s performance in The Rover as “incredible,” and he knew Robert would be perfect for the part of Dennis.

Robert took the photographic element of his role seriously. Iain says, “Rob has been obsessed about the details of the photography and getting it right.” Robert discusses that attention to his character’s art: “A few months before production, I started shooting on the same Leica that Stock had.” He describes traditional photography as a dying art and says, “There’s something quite gentle about it compared to digital photography because you can’t force a picture. You can’t shoot as if you’re on an iPhone and just put a filter on it afterwards.” Robert even went to the Leica office in London for guidance but says, “it takes a long time to be able to take even okay pictures, let alone good ones.” Still, he wanted to understand his character’s world, both the professional and personal experiences.

Alessandra Mastronardi plays Italian-born actress Pier Angeli, who had a romantic relationship with James Dean. She is a significant presence in a story predominantly focused on two men. Iain Canning says it was wonderful to have “the energy and soul” of Alessandra’s performance woven into the film.

LIFE is set in Los Angeles, New York, and Indiana. Beginning February 18, 2014, principal photography was shot in Toronto and rural Ontario. The location later moved to Los Angeles where filming took place at the Chateau Marmont and Pantages Theater, which was transformed to look as it was at the 1954 premiere of A Star is Born. Filming wrapped on April 1, 2014.