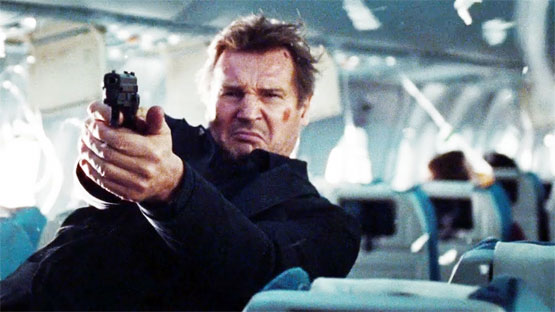 Non-Stop proved to be an apt title for the reunited Unknown team of director Jaume Collet-Serra, star Liam Neeson and producers Joel Silver and Andrew Rona, whose previous film together took the worldwide box office by storm. Their latest collaboration began with one of those instances in which a spec screenplay gained instant momentum. Although writers Chris Roach and John Richardson had not had a script produced, their high-adrenaline whodunit garnered attention from many executives among the industry… 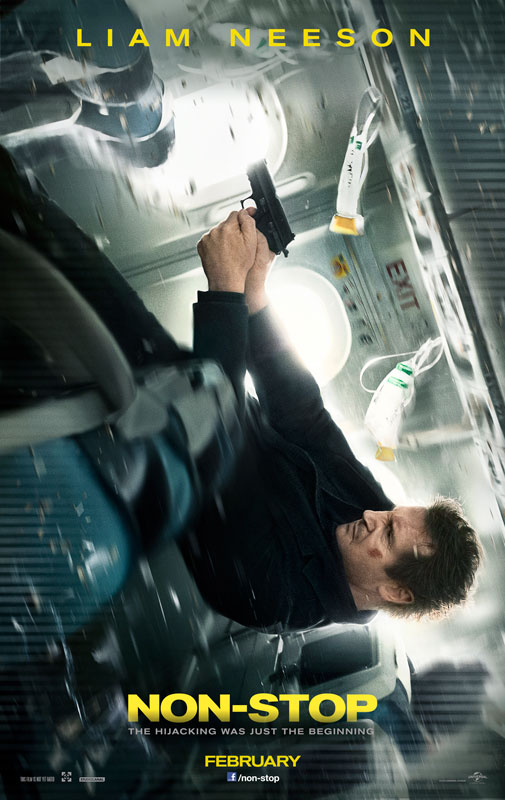 Director Jaume Collet-Serra was not intimidated by the idea of creating action scenes on a small set. He envisioned that the contained environment would actually make for a more visceral film experience

Silver and Rona, the president of Silver Pictures, quickly sent the script to Neeson to gauge his interest, and the star had a similar reaction as his producers.  Explains Joel Silver: “When Liam read it, he said, ‘Let’s make this movie.’  He knew that it grabs you and it doesn’t let you go.  It has an incredible mystery in the middle of it, and you don’t know who to trust.  You are left suspecting everybody.” Non-Stop marks producer Alex Heineman’s third project with Silver and Rona.

Andrew Rona recalls that the script the team received was the definition of a page-turner: “The minute you started reading it, you couldn’t stop.  On every other page there was a twist you couldn’t see coming.  It is rare that you have a script where you sit down on the first read and say: ‘This is a movie.’  Non-Stop was that.”

With their leading man set, it was time for the filmmakers to find the supporting cast for Non-Stop.  Rona believes that what continues to bring actors to a Collet-Serra film is the director’s deft touch. After boarding the plane, Marks (Liam Neeson) is seated next to Jen Summers, played by the incomparable Julianne Moore.

In Non-Stop, Neeson and Moore are supported by a stellar troupe of fellow performers, known for their work in film and television alike.  Producer Silver, an admitted fan of Downton Abbey, was excited to have Emmy-nominated Michelle Dockery aboard the production.  For the actress, now famous for the role of the sometimes-haughty Lady Mary, playing a less-patrician flight attendant was refreshing.

Several of the supporting cast members—and potential murderers—aboard the harrowing flight include Corey Stoll, who has received critical praise as a drug-addicted politician on the Netflix original series House of Cards; Scoot McNairy; and another rising star, Nate Parker.

Aside from a few scenes lensed at JFK Airport and an airport runway on eastern Long Island, Non-Stop was filmed entirely at a soundstage in Brooklyn, New York, that was just large enough to house the airplane set

Shooting on an accurately sized airplane was a potential hardship for both the cast and crew, but production designer Alexander Hammond explains that it helped that the director understood how it would affect everyone’s work.  In building the plane, Hammond and his team made modifications to the standard airplane aisle width to allow for film equipment and to the ceiling height to allow for the film’s quite tall leading man.  As Hammond explains, “You’re dealing with an actor who’s in shoes, 6 foot 5, in an airplane…which is a very small set.  You don’t want him right at the ceiling.  You have to set up the volume of the space so you can film him and the other actors without getting crazy eye lines, but also so you feel every shot isn’t claustrophobic for him.”