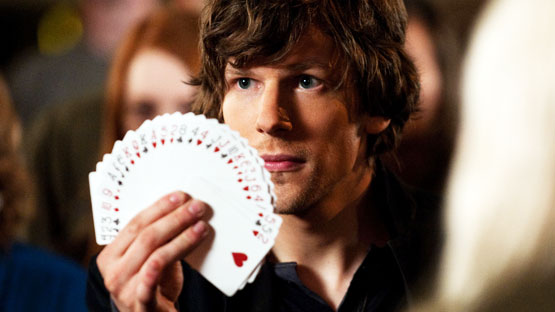 The fascinating and alluring realm of professional illusionists provides a glittering backdrop for director Louis Letterier’s electrifying heist thriller Now You See Me, a love letter to the world of magic. Cops and criminals jockey for the upper hand as the film reveals ancient secrets and invents new ones, updating classic illusions and taking the audience on a journey that embraces the idea of the impossible. 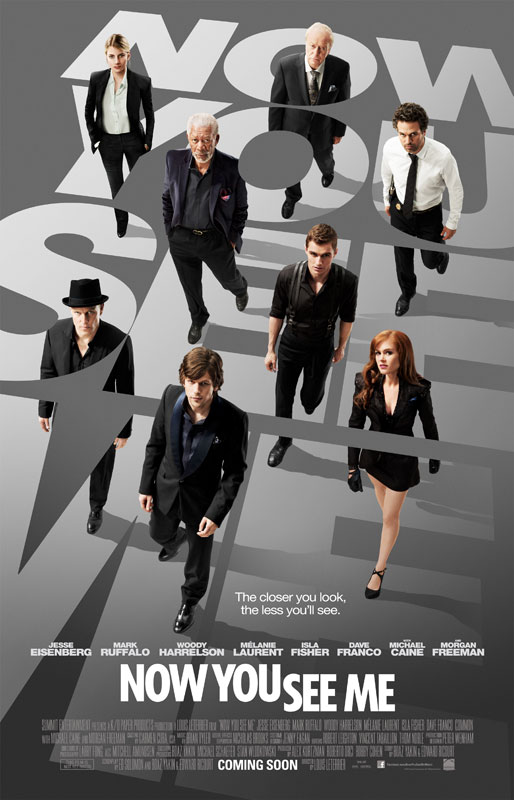 There couldn’t be a better place to shoot a movie about magic than New Orleans, says David Kwong, the film’s Head Magic Consultant. “It is a city built on magic. It’s the home and heart of voodoo, and the culture on the streets is one of performing. You walk out on Royal Street any day and you will see countless street performers, magicians, jugglers and musicians. It’s the perfect city for illusions.”

Producer Bobby Cohen, president of K/O Paper Products, admits to being what he calls “a secret magic geek.” The whole idea of magic evokes a dual visceral response in most people, he says. “On the one hand, we want to be amazed, but on the other, we want to know how they did it. We often talked about the best way to get both of those experiences into a movie.”

With eight major roles to fill, the producers put together a company that is even more than the sum of its parts. With three Oscars ® and a dozen nominations between them, the cast of Now You See Me is one of the most star‐studded in recent memory, but star‐sized egos were left at home.

“We put together a cast of people that we liked and wanted to work with, rather than the actors of the moment,” says Cohen. “Every time we added somebody else, it made it easier to cast the rest of the movie. Jesse Eisenberg was the first one in. Then Woody Harrelson came on because he enjoyed working with Jesse in Zombieland. Mark Ruffalo wanted to work with Jesse and Woody, and Isla Fisher was excited to work with all three of them. It just came together naturally.”

Played by Jesse Eisenberg, Atlas is a sleight‐of‐hand specialist and all‐around illusionist. The actor learned to do actual card and coin manipulation for the role. Mark Ruffalo is on the side of law and order as Dylan Rhodes, the FBI agent in charge of investigating the Horsemen.

The filmmakers were looking for two high‐profile leading men to play the juicy and crucial supporting roles of magic skeptic Thaddeus Bradley and shady industrialist Arthur Tressler. “We always hoped we would get a couple of legendary actors to play Thaddeus and Arthur,” says Cohen. “But we really hit the jackpot with Morgan Freeman and Michael Caine facing off against each in our movie. Once we knew we had them, we went back to the script and tailored those scenes for their particular skills. Morgan, as Thaddeus, is perfectly elegant and sly. As Tressler, Michael shows that he still has that aggressive edge that he used so well in movies like Deathtrap, Alfie, and more recently in Harry Brown. It is so much fun watching two masters throwing haymakers at each other.”