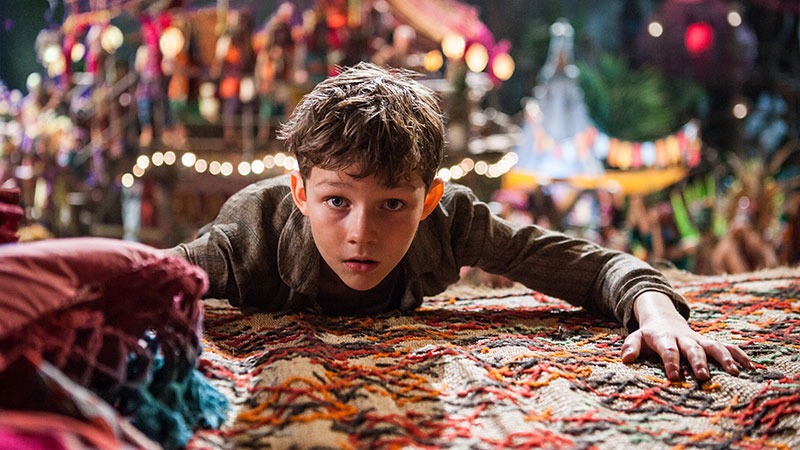 Peter is a mischievous 12-year-old boy with an irrepressible rebellious streak, but in the bleak London orphanage where he has lived his whole life those qualities do not exactly fly. Then one incredible night, Peter is whisked away from the orphanage and spirited off to a fantastical world of pirates, warriors and fairies called Neverland. There, he finds amazing adventures and fights life-or-death battles while trying to uncover the secret of his mother. 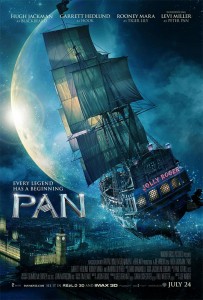 Fight consultant Jamie Goulding trained Hugh Jackman (Blackbeard) in swordplay, did kickboxing training with Rooney Mara (Tiger Lily) and Levi Miller (Pan), and held martial arts boot camp sessions for any extras who needed it. Stunt coordinator Eunice Huthart and her team devised the numerous stunts to be performed in the film.

Jason Fuchs, who wrote the original screenplay, was taken by the character at an early age—an enthrallment that never left him. Greg Berlanti jumped on board to produce after meeting with Fuchs and hearing his ideas for the character. “This was Jason’s passion project, to reintroduce Peter Pan and his mythology to the world.”

With author J.M. Barrie’s classic tale as the primary inspiration behind the story, director Joe Wright says he embraced the author’s “sense of strangeness. It’s a very odd book. It doesn’t underestimate children’s intelligence; there are no ‘goodies’ or ‘baddies,’ everyone is flawed, even Peter. I loved the duplicity of all the characters.”

Though the character was created more than a century ago, Wright says, “This is Peter Pan for 2015, a complete reframing of the story as we all know and love it. It’s Peter’s origin story and a classic hero’s journey set in a big, beautiful, bold world.”

Due to the range of emotions and physical requirements of the character, the filmmakers knew that casting Peter would be one of their most critical choices in making the film, and therefore left no stone unturned. “We sent out casting directors to every English-speaking country in the world, and received thousands of tapes and held open castings as well,” Wright recalls. Taking on the iconic titular role is newcomer Levi Miller, who says, “The script was magical, and to play Peter in a story telling the origin of Peter Pan was amazing, and really, really cool.” Peter’s closest ally, Nibs, is played by Lewis MacDougall, who, Miller says, “is my best friend in the film and in real life, which was pretty cool.”

Starring as the larger-than-life villainous Blackbeard, Hugh Jackman states, “Joe Wright is a true visionary, an adult who’s able to tap into a child’s mind and run wild.”

The first day on the Tree Village set was also the beginning of the epic trampoline fight sequence between Hook and the native’s great warrior, Kwahu. One of many standout action sequences in the film, it showcased not only the extensive capabilities of Hedlund, but also the extraordinary talents of South Korean actor/free-runner/gymnast/martial arts expert Taejoo Na, who was able to do many of the required stunts without wires.

Particularly influential were the costumes of the Yoruba people from West Africa, one of the largest African ethnic groups south of the Sahara Desert. Their traditional clothing, still worn on important occasions and in rural areas, is very colorful and elaborate, using block prints with geometric designs.

To create the landscape he envisioned, Wright opted to build much of the world of “Pan” on practical sets, in order to provide not only a sense of realism for his actors, but, in an effort to reaffirm the childlike environs of Neverland and give them an actual playground to, well, play in. In England, the cavernous stages of Warner Bros. Studios Leavesden and hangars at Cardington Studios provided enough space to service everything from the bleak London orphanage to Blackbeard’s vast quarry to the Neverwood and the natives’ Tree Village, to two full-size pirate ships, a mermaid lagoon, and more.