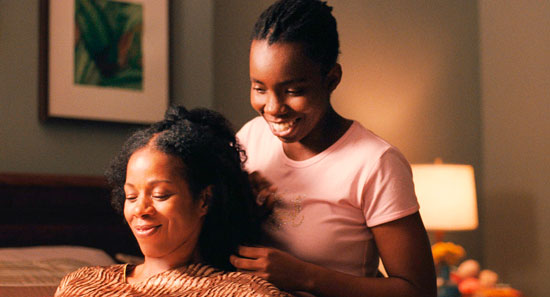 Pariah is a 2011 contemporary drama film written and directed by Dee Rees. It tells the story of Alike (Adepero Oduye), a 17-year old African–American teenager embracing her identity as a lesbian. 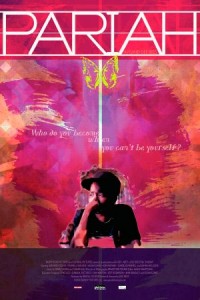 The film is a feature-length expansion of writer/director Dee Rees’ award-winning 2007 short film Pariah. Spike Lee is among the feature’s executive producers. Filming took place in and around New York City predominantly in the Fort Greene neighborhood in Brooklyn.

A world premiere at the 2011 Sundance Film Festival, the contemporary drama Pariah is the feature-length expansion of writer/director Dee Rees‘ award-winning 2007 short film Pariah. Spike Lee is among the feature‘s executive producers. At Sundance, cinematographer Bradford Young was honored with the [U.S. Dramatic Competition] Excellence in Cinematography Award.

Adepero Oduye, who had earlier starred in the short film, portrays Alike (pronounced ah-lee-kay), a 17-year-old African-American woman who lives with her parents Audrey and Arthur (Kim Wayans and Charles Parnell) and younger sister Sharonda (Sahra Mellesse) in Brooklyn‘s Fort Greene neighborhood. She has a flair for poetry, and is a good student at her local high school.

Alike is quietly but firmly embracing her identity as a lesbian. With the sometimes boisterous support of her best friend, out lesbian Laura (Pernell Walker), Alike is especially eager to find a girlfriend. At home, her parents‘ marriage is strained and there is further tension in the household whenever Alike‘s development becomes a topic of discussion. Pressed by her mother into making the acquaintance of a colleague‘s daughter, Bina (Aasha Davis), Alike finds Bina to be unexpectedly refreshing to socialize with.

Wondering how much she can confide in her family, Alike strives to get through adolescence with grace, humor, and tenacity – sometimes succeeding, sometimes not, but always moving forward.

Writer/Director Dee Rees:  “It‘s semi-autobiographical. As I was coming into my sexuality, I started to become comfortable with who I was. But I didn‘t know how to express that. Alike struggles in the same way. In going out to clubs – and by the way, I‘m totally not a club person – it felt very binary; it seemed like you had to check a box, butch or femme. And I‘m neither one of those things. I struggled with myself; how should I be in this world? Should I wear baggy jeans and baseball caps? Or should I wear a skirt? None of those identities is really me, and I finally came to the conclusion that I can just be myself and don‘t have to fit into any category. I don‘t have to put on any personae; I can just continue to be who I am. And that‘s what Alike comes to realize in her journey.“