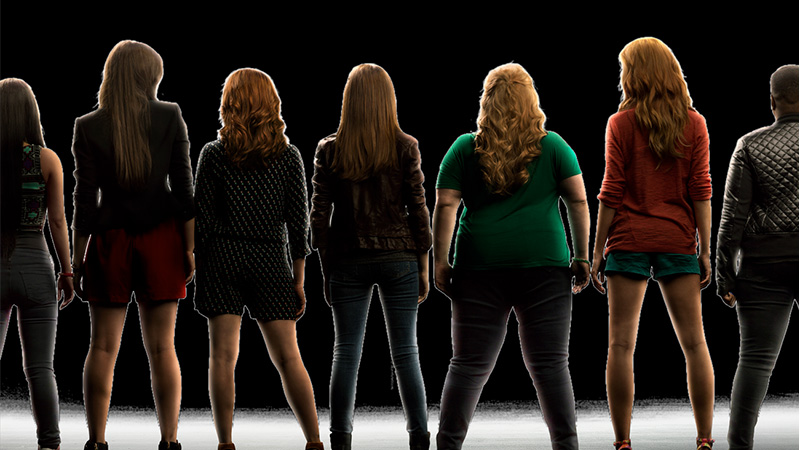 The Barden Bellas are back to pitch slap the world in Pitch Perfect 2, the follow-up to 2012’s runaway global hit about a group of lovable misfits with only one thing in common: the irresistible way they sound when they’re seamlessly mixed together, mashed-up and arranged like never before. 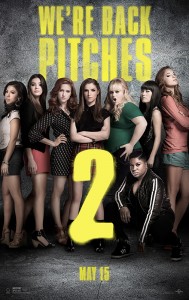 Not all the fun happened outdoors or in Louisiana. To capture the Kennedy Center scene that led up to “Muffgate,” Rebel Wilson had to train in Los Angeles at an acrobatics school.

In 2012, when producing partners and husband-and-wife team Elizabeth Banks and Max Handelman joined with Gold Circle Films’ Paul Brooks to bring Pitch Perfect to the screen, they had no idea that the funny, eccentric and formerly internal world of college a cappella would ignite such audience fervor. From the infectious music, quotable lines and endless sass, fans grew obsessed with the sleeper hit that became a cultural touchstone. In fact, it grew to such popularity that the comedy’s album became the top-selling soundtrack of 2013 and the second-highest soundtrack of the decade.

Banks reflects on what drew her to the project initially and why she cared so much about the original directed by Jason Moore and written by Kay Cannon: “First of all, I loved that it’s a story about amazing, interesting women who are really funny. It’s an underdog story, which I always find compelling, and most importantly, it’s very joyful.”

After the runaway success of the first movie, questions and discussions about a sequel were, of course, logical ones. Banks relays that she felt there were many more stories to be told from this world.

When it came time for the next chapter, Banks opted to step behind the camera and direct. That wasn’t, however, always a given. She offers: “I produced the first film, and I was there every day. When we were putting together the second movie, we very much hoped that Jason would come on to direct as well. In the lengthy development process, however, he took on another film [Universal’s Sisters].”

All of the Bellas are back for Pitch Perfect 2, and they’re led by their fearless leader, Beca, once again played by the multitalented Anna Kendrick. The actress appreciated that Beca has moved from a wide-eyed freshman to a more polished senior.

It wouldn’t be Pitch Perfect without the one and only Patricia, more affectionately known as Fat Amy. With her signature dry humor, Rebel Wilson discusses just what brought her back for the second chapter: “When I heard about it, I was like, ‘Do I get to have a solo in this one?’ And then I found out I did, so I was totally in. ”

No stranger to odd shower scenes in a Pitch Perfect film, Brittany Snow returns as Chloe, the seventh-year senior who is having a hard time saying goodbye. The Bellas’ sultriest member, Stacie, is once again played by Alexis Knapp. Ester Dean, plays the no-nonsense Cynthia Rose. Rounding out the core cast of graduating senior Bellas are Kelley Jakle and Shelley Regner, who play, respectively, Jessica and Ashley.

As did the first film, Pitch Perfect 2 lensed in Baton Rouge, Louisiana. Not only was the city the perfect place for Barden University—complete with the Bellas’ house, dean’s office (the Old Governor’s Mansion in Baton Rouge) and on-campus parties—it served as the ideal location for Beca’s internship, the underground a cappella league throw-down (at a mansion on Highland Road) and the world championships themselves, which are set in faraway Copenhagen, Denmark. Production designer Toby Corbett—a former stagehand for Led Zeppelin—describes his reference for it: “We wanted the world festival at the end of the film to have a scale to it that a large European music festival similar to Glastonbury would have.”

During production, in June 2014, a casting call went out as an open invitation to fans of the first film to come to Highland Park for a night shoot. The filmmakers, expecting a modest turnout, had no idea what they were in for. Producer Brooks offers some background: “I heard that when we created the worlds, it was the biggest base camp, ever, in Louisiana. We had thousands of extras in an open field and big stage; it was a big event for a small movie.”