Red is an American action-comedy film based on the comic book limited series of the same name created by Warren Ellis and Cully Hamner, and published by the DC Comics imprint Homage. The film stars Bruce Willis with Robert Schwentke directing a screenplay by Jon Hoeber and Erich Hoeber. The film is scheduled for worldwide release on October 15, 2010. 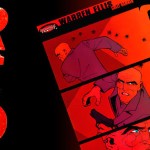 Principal photography began on Red on January 18, 2010 in Toronto, Canada. Red was filmed in and around the Toronto metropolitan area for nine weeks before moving on to the road and ending in New Orleans in late March for the final two weeks of principal photography.

In the film version, the title of the film, “Red”, is derived from the stamp on agent Frank Moses’ (Bruce Willis) file, meaning “retired, extremely dangerous”.

Red is the story of Frank Moses (Willis), a former black-ops CIA agent, who is now living a quiet life. That is, until the day a hi-tech assassin shows up intent on killing him. With his identity compromised and the life of the woman he cares for, Sarah (Parker), endangered, Frank reassembles his old team (Freeman, Malkovich and Mirren) in a last ditch effort to survive.

In June 2008 Summit Entertainment announced plans to adapt Warren Ellis and Cully Hamner’s Red. Red is being adapted for the big screen by brothers Erich and Jon Hoeber, who also wrote the adaptations of Whiteout and Alice. The film will focus on the idea of an older operative who is set in his ways having to contend with younger and more fit agents, as well as new techniques and modern technology. The project is being produced by Lorenzo di Bonaventura (GI Joe, Transformers).

By April 2009, Bruce Willis was reportedly in discussions with Summit to take the starring role of Frank Moses. It was reported in July 2009 that Morgan Freeman is in talks to co-star alongside Bruce Willis in the film.Also in July 2009, Robert Schwentke, the director of The Time Traveler’s Wife, was in negotiations to direct the thriller.

In August 2009 Schwentke confirmed to MTV News that he was onboard. He stated that he loved the script but there are differences between the comic and the movie stating; “It’s very funny, which the comic book isn’t … It’s not as violent as the comic book,” and that “The script that I’ve read is obviously different from the comic, because I don’t think the comic gives you enough for a two-hour movie,”.