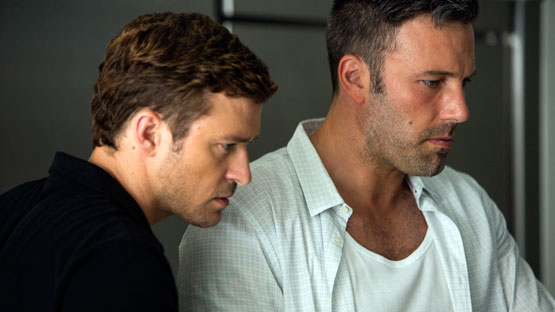 Princeton grad student Richie (Justin Timberlake), believing he’s been swindled, travels to Costa Rica to confront online gambling tycoon Ivan Block (Ben Affleck).  Richie is seduced by Block’s promise of immense wealth, until he learns the disturbing truth about his benefactor.  When the FBI tries to coerce Richie to help bring down Block, Richie faces his biggest gamble ever: attempting to outmaneuver the two forces closing in on him. 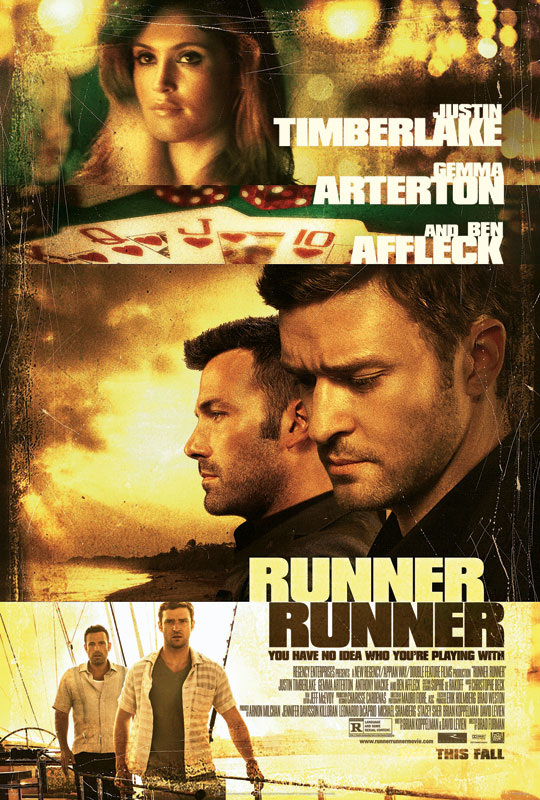 The Costa Rica of RUNNER RUNNER exists at the intersection of opulence and poverty, and of regulation and corruption. It’s where you can indulge any whim without consequence – until those desires grow too large. From glitzy casinos and bikini-dotted swimming pools to sweaty, crocodile-infested jungles, RUNNER RUNNER depicts an enticing, dangerous world where all the seven deadly sins are in play.

The lavish life of Runner Runner’s gambling kingpin Ivan Block is what Runner Runner director Brad Furman calls, “the new American dream.”  He elaborates:  “Technology has led us to a world where everything comes very quickly, which has expedited this concept of the American dream.  Young people today want everything faster – especially money.”

Justin Timberlake’s Richie Furst is among those getting caught up in this irresistible but dangerous mindset.  His guide and “benefactor” is Ivan Block.  Block is the man behind the curtain of a billion-dollar online gambling empire.  Affleck says the role provided an intriguing change of pace.  “I’ve done a couple of parts where the characters I play were reserved, quiet and internal, but Ivan is always ‘gunning the engine.’  He’s never at a loss for sexy monologues about life, and he enjoys spinning all kind of sophistry to Richie. I thought that Ivan and his world would be a lot of fun to explore.”

For Runner Runner, produced by Leonardo DiCaprio, the American Commonwealth of Puerto Rico doubled for Costa Rica. The production was in Puerto Rico for the entire summer of 2012.

Much of the filming took place in La Perla, an oceanfront area squeezed into 650 yards between the northern historic city wall of San Juan and the Atlantic Ocean.  The production design team was challenged to create a realistically lavish world in a country where there is a wide divide between rich and poor.

The most extravagant of these settings is Ivan Block’s palatial estate, whose main house Affleck describes as “a big white monster with a Scarface-y vibe; it’s appropriate for the character. What does it look like when a guy makes all this money? Take an 18-year-old’s mindset and give him $20 million in cash, and you end up with a giant party house and a lot of girls with tight clothes and a lot of alcohol, a lot of gambling and having a party every single night.