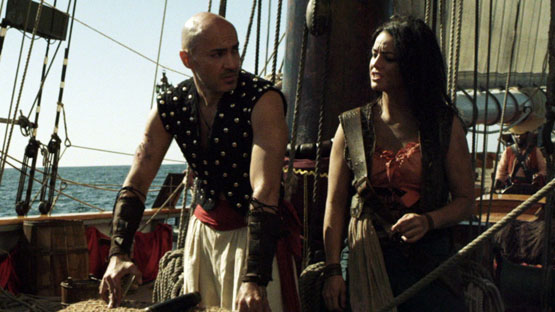 Based on the original tales from the “Arabian Nights”, and inspired by the tradition of the “Sinbad the Sailor” comic book style movies of yester-­‐year. Sinbad the Fifth Voyage brings back the golden age of cinema and retro monster movie making style of the 50’s and 60’s. 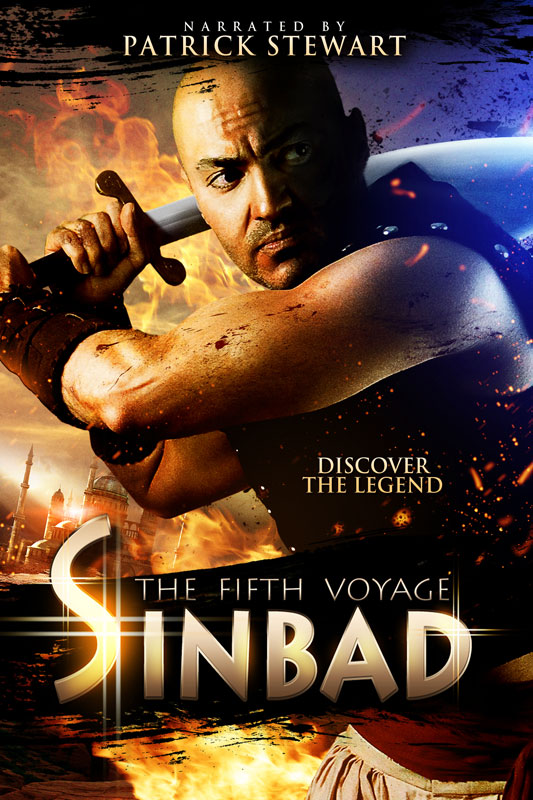 The Sinbad script draft was re-­‐written over ten times to get a nice mixture of story, action, and with a touch of romance.

When Shahin Sean Solimon (Writer/Director/Actor) had the idea of writing a script based on the Sinbad Stories of ‘Arabian Nights’, it was by no accident that he chose “Sinbad’s Fifth Voyage”. This was because the fifth voyage provided the most excitement in the ‘Arabian Nights’ stories, and in his mind a great story to be told. Although the script ended up being much different, it was the inspiration from the fifth voyage that started it all.

The Creatures in Sinbad were actually planned way before the script was written, that is because Shahin knew that the entire story would revolve around these epic style monsters that would be featured in this project.

Once the final Script, Cast, and Crew were set in stone. Production schedule was created and shooting commenced. The very first sequences shot were the shots aboard Sinbad’s Ship, which Shahin requested to shoot first specifically because: a) The Ship was ready first, and b) Shahin wanted to get all the ship shots completed as safety, and move forward from there. As he humorously stated: “if we don’t have the ship, we can’t have a Sinbad movie.” Shooting on Sinbad’s ship took several weeks and tools such as Helicopters, Side Ships, and Cranes were utilized to get both interior and exterior high angle aerial shots of this famous ship.

Creating Malek City was a challenge, since 700 B.C. cities are not built anymore. So the team created concept art to give the Production Design team a map of what Sinbad’s City (Malek City) would have looked like. Along with Elephants, Camels, and of course the famous Sedan Chair where the princess would have been carried by her guards. An atmosphere was created that gives the audience a glimpse of what Sinbad’s city might have looked like in a fun way.

The world of Sinbad was created using a unique mix of World Class Stop Motion Animation (Super-­‐Animotion) along with modern day State of the Art Visual FX , compositing and CGI in order to create a unique look that is sure to become an instant classic. Along with an army of artist who have put their creative touch on this project. The VFX team leaders are comprised of artist with many films of experience, such as Mark Sullivan “Indiana Jones Last Crusade”, “Ghostbusters II”, “The Abyss”. Caroline Pires who’s credits includes Martin Scorsese “Hugo”, and Disney’s “Prince of Persia” to name a few.