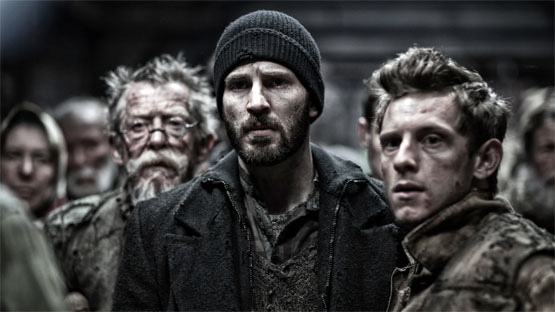 SNOWPIERCER begins with the unique premise that the Ice Age has returned and a train carrying the surviving members of the human race speeds on unabated. Although this is suggestive of an apocalyptic science-fiction story, the film breaks away from the conventions of the genre. 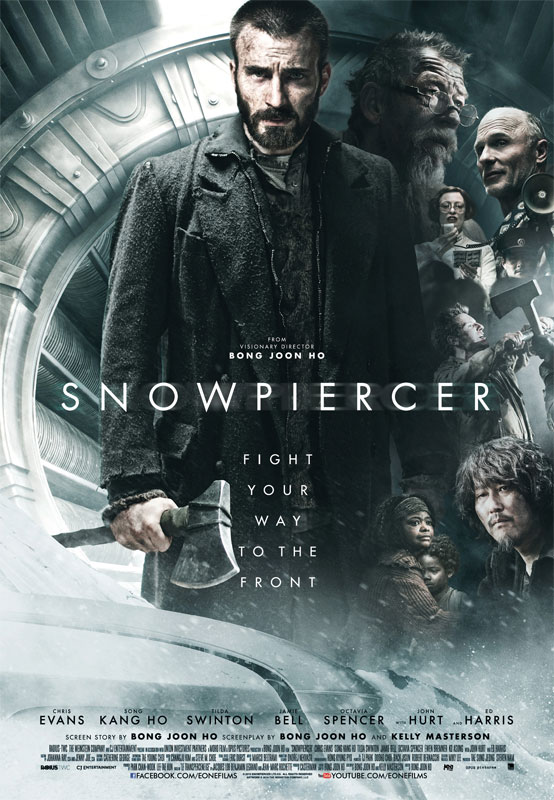 Pre-production on SNOWPIERCER began in Seoul, Korea, with Barrandov Studio in the Czech Republic — containing the longest set in Europe, spanning 100 meters — selected as the production’s principal location.

Director Bong Joon Ho first encountered the French graphic novel “Transperceneige,” on which SNOWPIERCER is based, in a bookshop near Hongik University in Seoul, South Korea, during the winter of 2005. He read through the entire volume while browsing in the store and became mesmerized by the cinematic potential of a train filled with bustling human lives hurling through the aftermath of a global apocalypse. He was determined to turn it into a film.

Bong was in pre-production on his third feature THE HOST when producer-director Park Chan-wook’s company Moho Film offered him a position as director. For a future project there, Bong suggested SNOWPIERCER, his own adaptation of “Transperceneige.” Park and Opus Pictures CEO Lee Tae Hun acquired the rights for the graphic novel and the project began to gather steam. For his work on the script, completed in late 2010, Bong remained true to the themes of his previous works, which examine the nature of human beings under extreme circumstances.

For the part of Curtis, the leader of the uprising who guides passengers from the tail section through the body of the train into the front section, where the mythical engine is housed, Bong looked to Chris Evans, the American-born star of Marvel Comics adaptations, including the AVENGERS and CAPTAIN AMERICA films.

Tilda Swinton was among the first of the English-speaking cast members to sign on for SNOWPIERCER, having gained an appreciation for Bong’s work after seeing THE HOST and attending the 2009 Busan International Film Festival, where she expressed admiration for his work.

On the surface, SNOWPIERCER looks like a co-production, with top actors from countries like Korea, the U.S. and the U.K., as well as a multinational crew comprising people from across the globe, who assembled in the Czech Republic for the film’s 72-day shoot. But SNOWPIERCER is, in fact, a Korean production; key elements of the film, including its screenplay, director, production and distribution, all originated in Korea. Part of its financing, covering half the production costs, was secured at the American Film Market, where a 10-minute promo clip resulted in the film’s sale to 167 countries worldwide.

Production Designer Ondrej Nekvasil took on the task of building a train set that would be 650 meters long when laid out in a straight line. Thanks to his reputation in the Czech Republic film community, shooting on location went smoothly with the set installation team, the design team, and a props team composed entirely of Czechs. Equally important were the film’s visual effects, created by Eric Durst, who worked in post-production to create realistic computer graphics for the film’s intermittent glimpses at the frozen world outside the train.