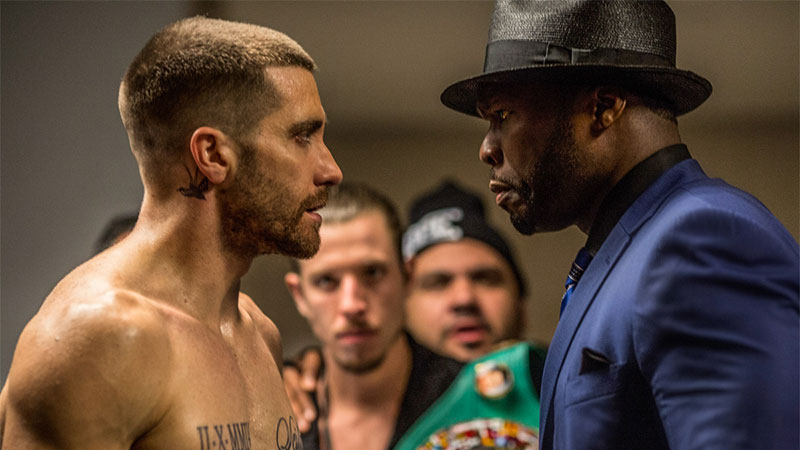 A love of boxing was certainly not what drove Academy Award® nominated actor Jake Gyllenhaal to star in SOUTHPAW. In fact, Gyllenhaal was essentially unfamiliar with the sport before signing on, though he now calls himself an avid fan. For him, director Antoine Fuqua, who’s a dedicated boxer himself and trains every day, was the main reason for his interest in the film to begin with. 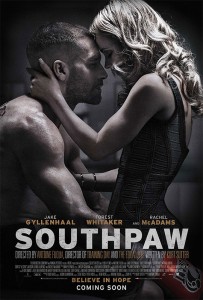 Given Jake Gyllenhaal’s intensive immersion into the role of Billy, it can come as surprise to learn that the film was originally intended for a very different performer: hip hop artist Marshall Mathers, better known as Eminem.

Having met years before, Fuqua insisted that he’d love to direct the already-acclaimed actor in something that audiences had never seen before. Determined not to make SOUTHPAW “just another boxing movie,” the filmmaker was determined to find an actor willing to take on the role of Billy “The Great” Hope in the most literal, brutal way conceivable – no doubles, very few effects, little reliance on editing – just straight training and as faithful a replication of the boxing world as possible, right down to the camerawork.

Gyllenhaal notes: “The thing that intrigued me from the get-go was the idea that Billy’s a guy who has gotten by on his rage and his own anger – made a career out of it, had great success and made lots of money from it. That anger can actually indirectly destroy you. Ultimately for me, and know for Antoine as well, this is a story about a man coming to grips with his own anger, and the idea of what it is to be a father.”

In order to build a strong foundation for an exceptionally realistic boxing film, Fuqua enlisted the services of legendary trainer and fight choreographer Terry Claybon. A former professional fighter who won three Golden Glove Championships and retired undefeated, Claybon has worked with some of entertainment’s biggest names.

Along with Gyllenhaal and Fuqua, Claybon also worked with cast members Victor Ortiz, Miguel Gomez, Forest Whitaker and Rachel McAdams. While Ortiz and Gomez are actual boxers on the professional and amateur levels, respectively, Whitaker and McAdams felt it was equally important for them to understand the world of fighting through Claybon’s expertise.

Playing Tick Willis, the humble but tough trainer who’s there to guide Billy when no one else will, Whitaker was tasked with shaping a very particular sort of character. “Forest is a very spiritual cat,” notes screenwriters Kurt Sutter. “He loves the idea of playing these characters that are sort of samurai masters and spiritual gurus who guide without guiding.”

After noticing that Jackson had gotten into the business of boxing promotion with his company SMS Promotions and spending time with athletes such as Floyd Mayweather, Fuqua realized he might fit into plans for SOUTHPAW. Reading the part of Jordan in Sutter’s script again, the filmmaker felt that like every other actor in the film, whoever played this role had to do so with immense authenticity. “I needed Jordan to be a guy that’s in the grey,” he notes. “He’s not a bad guy – he’s a businessman. That’s 50.” The two met, along with Gyllenhaal, at the Church Street Boxing Gym in New York for a few hours to discuss boxing and business, made a phone call to executive producer Harvey Weinstein, and a decision was made: 50 Cent would play Jordan.

Principal photography for SOUTHPAW took a total of approximately forty days from mid-June to mid-August 2014, with the film primarily shot in the cities of Pittsburgh and Indiana, Pennsylvania, and additional shorter filming periods in New York City and Las Vegas’ Caesar’s Palace. In order to compliment many of the actors’ sharply honed skills, Fuqua and Director of Photography Mauro Fiore chose to bring HBO Boxing’s longtime camera operators Todd Palladino and Rick Cypher in to shoot the film’s matches. Adding to the real feel of the fight sequences were legendary HBO Boxing commentators Jim Lampley and Roy Jones, Jr. along with veteran boxing referee Tony Weeks.

The Kovalchick Center in Indiana, PA, which is part of the Indiana University of Pennsylvania, was dressed as Caesar’s Palace and Madison Square Garden during the first two weeks of filming for the movie’s three main matches.