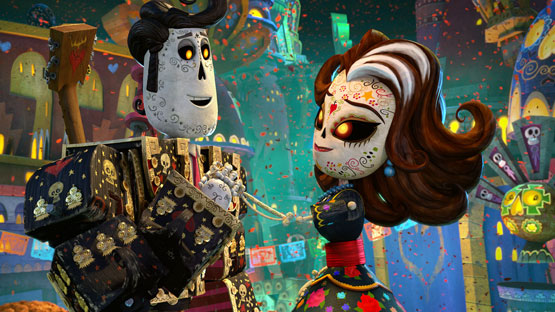 The Book of Life, a vibrant animated fantasy-adventure, tells the legend of Manolo, a conflicted hero and dreamer who sets off on an epic quest through magical, mythical and wondrous worlds in order to reunite with his one true love and defend his village. 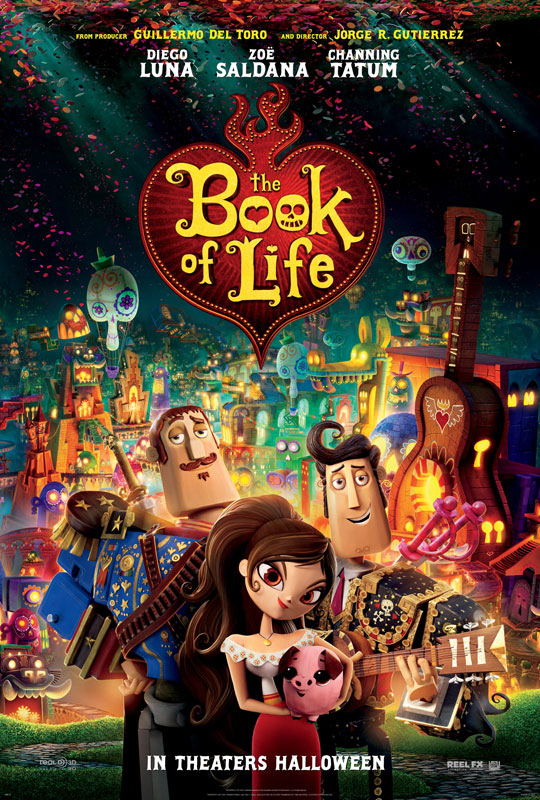 Music is a big part of the magic of THE BOOK OF LIFE, and the production was lucky to land the formidable talents of two-time Oscar® winning composer Gustavo Santaolalla, the father of Latin alternative music, making his animated feature film debut.

Del Toro was equally impressed by Gutierrez’s passion for what would become The Book of Life. “Jorge is his movie,” he says, “and the movie is an imprint of his personality. Jorge’s ideas for The Book of Life started with his connection to his homeland of Mexico, and presenting an exciting, never-before-experienced depiction of that country, its people and its traditions – all in a way that would be accessible to audiences around the world.”

Our story begins in a museum, where we meet a mysterious tour guide named Mary Beth, who has taken on the seemingly thankless task of guiding a group of rowdy kids who would rather be anywhere else, on a tour. Mary Beth is voiced by Christina Applegate, who, says Gutierrez, brings a wealth of charm, humor and warmth to the role.

As voiced by acclaimed actor Diego Luna, Manolo is the heart and soul of The Book of Life. Manolo hails from a long line of bullfighters, and he has the potential to become one of the greatest ever. But what he really wants is to play the guitar and sing. And sing he does – to an ultimately wondrous effect. “Manolo reveals his heart through music,” says Luna. “And he dreams about Maria and being with her; he thinks she’s the most amazing woman.” The object of Manolo’s affections, Maria, voiced by Zoë Saldana, is an independent, strong-willed and fun-loving young woman who is wooed by her best friends Manolo and Joaquin, from their time as children to a reunion years later as adults.

At the very least, Saldana loved the idea of singing in the film, especially when she learned that Luna would be singing as Manolo. “At first, I wasn’t sure Jorge would take my request to sing very seriously. And then, they told me, ‘Well, there’s this beautiful song, ‘No Matter Where You Are,’ and we want you to be a part of it.’ And I had a really great time with the song.”

Maria’s other suitor, Joaquin, is voiced by Channing Tatum. Joaquin is the town champion, whose mighty mustache and chest full of medals make the ladies swoon, but like Manolo he only has eyes for Maria. When the stakes couldn’t be higher, Joaquin puts aside his ultra-competitiveness and learns that being selfless is the key to true heroism.

You’ve never experienced a movie like The Book of Life. Its look is inspired by Mexican folk art and Latin American folklore, both of which Gutierrez is an ardent fan. “I love Mexican folk art because so much of it is handmade and it’s art by the people, for the people, about the people. It’s really accessible and a reflection of who we are.”