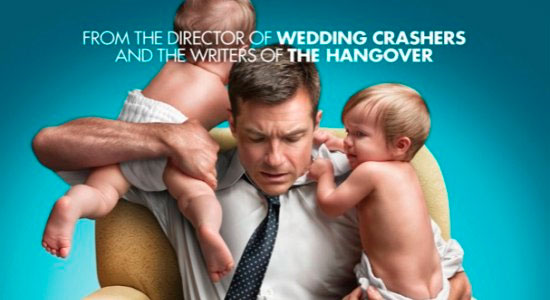 Ryan Reynolds and Jason Bateman star in The Change-Up (a.k.a. The Meeting Children), from director David Dobkin (Wedding Crashers), writers Jon Lucas & Scott Moore (The Hangover) and producer Neal Moritz (Fast & Furious, Click).  The R-rated comedy takes the traditional body-switching movie, ties it up tightly and throws it off a cliff. 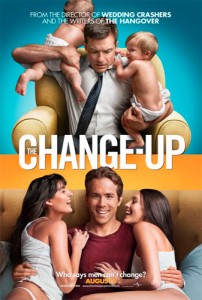 The film was shot in Atlanta, Georgia. There have been open castings at Turner Field and other venues in Atlanta. Some scenes are being shot at a school called Holy Spirit Preparatory School.

Growing up together, Mitch (Ryan Reynolds) and Dave (Jason Bateman) were inseparable best friends, but as the years have passed they’ve slowly drifted apart.  While Dave is an overworked lawyer, husband and father of three, Mitch has remained a single, quasi-employed man-child who has never met a responsibility he liked.  To Mitch, Dave has it all: beautiful wife Jamie (Leslie Mann), kids who adore him and a high-paying job at a prestigious law firm.  To Dave, living Mitch’s stress free life without obligation or consequence would be a dream come true.

Following a drunken night out together, Mitch and Dave’s worlds are turned upside down when they wake up in each other’s bodies and proceed to freak the &*#@ out.

Despite the freedom from their normal routines and habits, the guys soon discover that each other’s lives are nowhere near as rosy as they once seemed.  Further complicating matters are Dave’s sexy legal associate, Sabrina (Olivia Wilde), and Mitch’s estranged father (Alan Arkin).  With time not on their side, Mitch and Dave comically struggle to avoid completely destroying each other’s lives before they can find a way to get their old ones back.

The first red band trailer and poster were released on April 20th, 2011