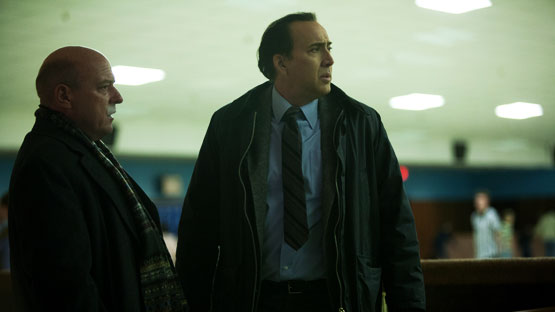 Whether against the stark massive landscapes of Alaska or claustrophobic inner cities across the US, the plight of forgotten or ‘throw-away’ youth is pressing and director Scott Walker focuses his camera squarely on that desolate world in The Frozen Ground, inspired by the gripping true story of Alaska’s most notorious serial killer, Robert C. Hansen (John Cusack), and a principled Alaska State Trooper (Nicolas Cage) who must earn the trust of Hansen’s only surviving victim to see justice done. 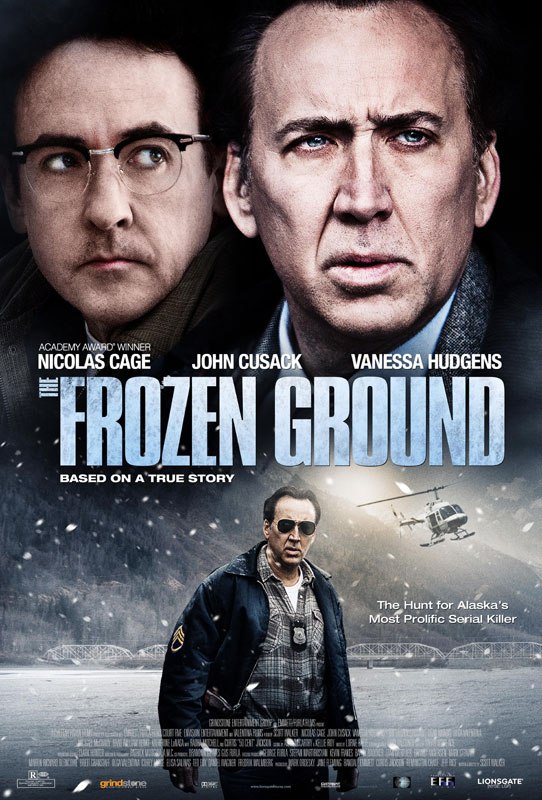 In 1983 Detective Glenn Flothe, of the Alaska State Troopers, on whom Cage loosely based his character Jack Halcombe, had a breakthrough in a serial killer case that had terrorized South Central Alaska for nearly three years.

“Scott had the right vision for The Frozen Ground from the start,” affirmed producer Randall Emmett. “He knew who the characters were and what actors would do them justice, and the project evolved organically from there.”

“When I first spoke to Nicolas Cage about the role and my intention behind it, he was very excited,” recalls Walker, who was searching for someone who could disappear into the role and just be a regular trooper.

“Vanessa Hudgens blew me away in her casting session,” recalls director Walker, who knew that for the actress to have the best chance of portraying and understanding the complexities of what it is to live on the street and in this particular situation, she would have to meet the real Cindy Paulson.

Though he was only about seventeen or eighteen at the time, Cusack remembers hearing stories about Hansen, mostly sensationalized headlines about hunting people in the wilds of Alaska. “This is a very dark human being, so I sort of pushed it away because I thought it had to be the right circumstances to do it,” admits John Cusack.

After meeting with Scott Walker, Nicolas Cage was pleased that they shared a similar take on shooting in an almost documentary style. “I’ve wanted to get back to that naturalistic, almost photo-realism style,” says Cage, who compared the shoot to the cinema verite style that Oliver Stone used in WORLD TRADE CENTER.