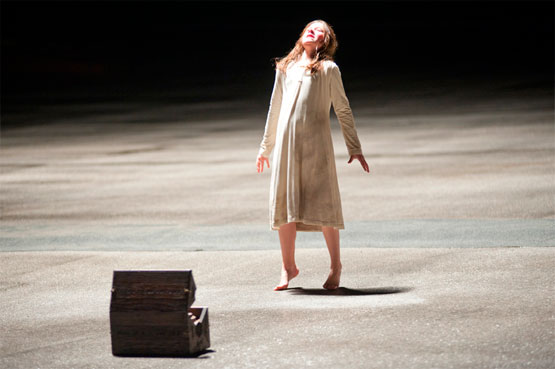 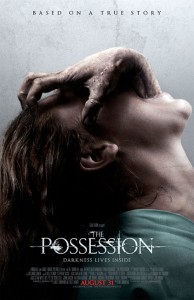 To keep the curse of the real-life Dibbuk Box at bay, Ole Bornedal decided to recreate a box that would hopefully protect cast and crew. Like the actual container that was auctioned on Ebay, the film’s box needed to be ordinary enough not to arouse immediate suspicion, but mysterious enough that it could, in Bornedal’s words, “symbolize the evil we all hope to keep trapped forever.”

From horror master Sam Raimi and legendary Danish director Ole Bornedal (Nightwatch, The Substitute) comes a contemporary supernatural thriller that is based on a terrifying true story of paranormal events — and the unleashing of an ancient evil into our 21st Century world.  The film chronicles the experience of one family over 29 days, after they acquire a mysterious antique container, and unsuspectingly let escape an insatiable demonic force that has been lying in wait to take full possession of a human soul.

Throughout history, one of the darkest and most relentlessly persistent of human fears has been that of possession – the blood-curdling idea that your body and mind could be overtaken by a hungry, inhuman force with a sinister will of its own.  All manner of demons and phantoms have been rumored to prey on our souls, but unique among them is the Dibbuk.  A Dibbuk (which literally means “cleaving to” or “an attachment”) is said to be a sinful spirit wandering in limbo, which survives by fusing itself to a living person and inhabiting their very flesh.  Dibbuks choose their human hosts carefully.  Explains Jewish Theological Seminary professor Edna Nahshon, the typical human host is “usually a vulnerable person, which often means a young woman, even a girl, or someone who has a certain weakness.”

The film’s climactic exorcism scene was shot at a particularly haunting location:  the abandoned Riverview Mental Institution, whose dilapidated buildings — once rife with paranoia, fear and grim treatments — still stand in Coquitiam, British Columbia.  Built in 1913 and closed 70 years later, the buildings left behind are renowned for their instantly chilling atmosphere.

“Riverview has its own history of odd occurrences,” notes location manager Terry Mackay.  “There’s a feeling inside that is otherworldly, and because it’s been vacant for so long, you have the sense of spirits or some kind of presence always there.  I think it heightened all of our senses to film in there.”

Cast and crew were on edge on this set, with some even refusing to enter rooms that seemed to be especially cold or oddly forbidding.  But for screenwriters Julia Snowden and Stiles White nothing could have been more thrilling than to see such an organically scary place become home to their high-tension scene.  “There was a double eeriness to shooting in a location that people already say is haunted,” muses White.  “There were multiple layers of horror and weirdness.  Along with the screaming and flashing lights of the scene, I have to admit, after watching the day of shooting, I had trouble getting to sleep that night.”