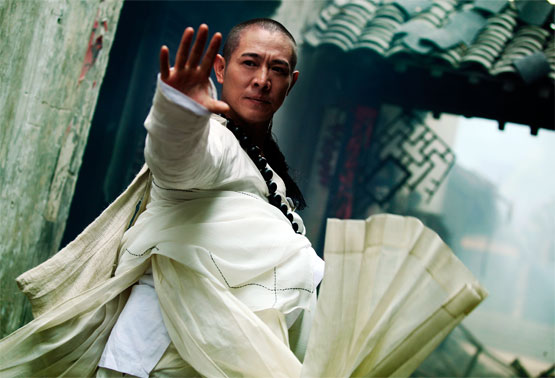 The Sorcerer and the White Snake, previously known as, It’s Love and Madame White Snake is a 2011 film directed by Ching Siu-tung and starring Jet Li. It is based on the Chinese Legend of the White Snake. Production started in September 10, 2010 and ended on January 16, 2011. 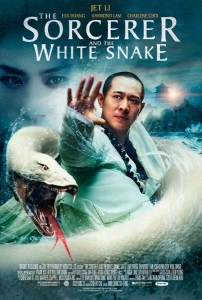 While the dazzling action sequences show the skills and essence of traditional Chinese martial arts, the real heart of the film lies in its depiction of unrequited love, heroic righteousness, and self-sacrifice

Leading actors Ethan Juan, Peter Ho, Mark Chao and Raymond Lam fought for the lead role in the film. In the end, Lam got the role. It was reported that Ruan and Chao were dropped as they were deemed to be not well known enough in China and Ho’s image did not suit the male lead.

Jet Li was announced to be part of the cast during early pre-production however his role was not revealed until September 2010, when some actors’ roles were announced including Jet Li as Fa Hai, Eva Huang as White Snake, Raymond Lam as Xu Xian, Charlene Choi as Green Snake and Wen Zhang, whom Li invited to play his disciple Neng Ren.

The love story between the White Snake and Xu Xian is a legendary tale, and it’s time to revisit this classic from the last millennium. We aim to preserve the impact of the fairy tale, the charisma of the Oriental culture, and the effects of contemporary technologies. With such grand elements of man, spirits, devils, magic and heaven, we would present them extensively in this film. It has been a huge production with long shooting period, and my crew has overcome various hurdles step by step. We aim to bring new sensations to the audience, and I hope sincerely that this would be your ideal “White Snake.”

We scouted various locations in pre-production, trying to find the perfect Oriental landscape for the film. We finally chose Chongyang in Hubei province, Shengqiang studio in Shanghai, Anji in Zhejiang, Sandu and Xiangshan in Beijing. We also used the China Film Studio in Huairou to build the Buddha Palace and shoot the green screens. At Juli’s headquarters, we also built the models of Jinshan Temple and Leifeng Tower for the flooding scenes. Combined with digital effects on the computer, this scene would surely overwhelm the audience.