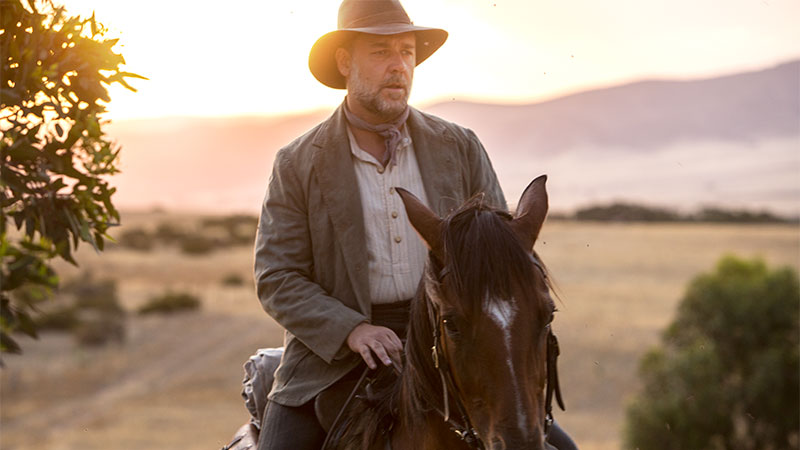 Russell Crowe’s directorial debut, The Water Diviner, is an epic adventure set four years after the devastating battle of Gallipoli during World War I. Australian farmer Joshua Connor (Russell Crowe) travels to Turkey in 1919 to discover the fate of his three sons, reported missing in action. 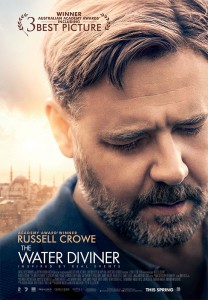 Although barely one fifth of the story of THE WATER DIVINER takes place in Australia, it was the base for nearly three quarters of the shooting of the film.

In the course of researching a project on Australian history, Melbourne based author and screenwriter Andrew Anastasios came across a letter from a man named Cyril Hughes, a Lieutenant Colonel who was an integral part of the Imperial War Graves unit bringing order to the abandoned battlefield at Gallipoli, in the years immediately after the First World War. In that letter was an intriguing line – “One old chap managed to get here from Australia, looking for his son’s grave.” That one line was all the inspiration needed to spur the creation of an incredible story of overwhelming loss, and overwhelming love.

Production started in December 2013 with a three week shooting period in Sydney, predominantly in studio sets for scenes set in an Istanbul hotel, and with a couple of days of carefully selected and dressed locations in the older sections of the city.

That was followed in January / February 2014 with five weeks in South Australia, both for the Australian countryside scenes and with the southern coast standing in for Gallipoli and some near-desert locations standing in for rural Turkey.

This was a challenging, at times brutal environment, during the heat of summer, with unpredictable weather conditions. However, the experience sealed the determination of the cast and crew to be, in Russell Crowe’s words, relentless.

Producer Keith Rodger says: “It was 49.5 degrees Celsius on set one day as we were shooting a train ambush in a remote countryside.” Actor Yilmaz Erdoğan (MAJOR HASAN) says of the experience: “Filming in Australia had its challenges. Four seasons in a day, complete with heat, wind, and a dust storm.”

Turkish authorities were overwhelmingly helpful, with the filmmakers allowed to shoot in Topkapi palace, in the crowded streets of the Balat section of Istanbul, and even in the iconic and wonderful Blue Mosque.

Post production has been based in Sydney, with the editing team joined by a crack team of Visual Effects artists, Composers, Sound crew and Colour specialists.