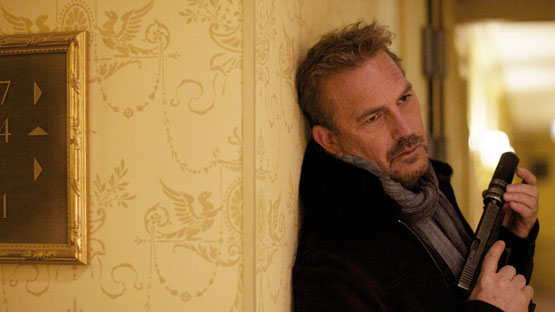 In this heart pounding action-thriller, Kevin Costner is a dangerous international spy, who is determined to give up his high stakes life to finally build a closer relationship with his estranged wife and daughter, whom he’s previously kept at arm’s length to keep out of danger. But first, he must complete one last mission. 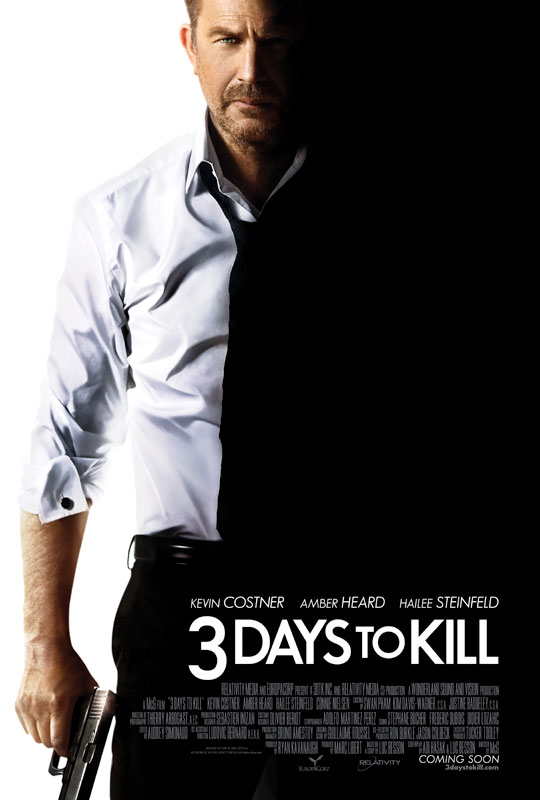 Daring escapes from a hotel hallway, a fist fight in the Paris Subway System, and a climactic cat and mouse nail biter at the Prom all allow for McG to put together heart pounding action sequences.

3 Days to Kill stars Kevin Costner, Hailee Steinfeld, Amber Heard, and Connie Nielsen. The film was directed by Joseph McGinty “McG” Nichol from a script written by Luc Besson & Adi Hasak based on a story by Besson. As with his previous films, McG explores the personal side of international espionage, though this time it’s through the eyes of a veteran secret agent returning to family life in Paris. “I am fascinated by what happens to James Bond when he goes home. You never really see him off the clock” says McG.

3 Days to Kill represents a departure for the American filmmaker as the production was shot on location in Paris, France. McG says, “For me, it was great to shoot in Paris, because I’m very specifically American. If you look at my earlier films – Charlie’s Angels, We Are Marshall, Terminator: Salvation – they are very American films and my style is very Americana.”

Filling out Ethan’s family meant finding two women who would have unique chemistry with actor Kevin Costner. McG found that in Academy Award® nominee Hailee Steinfeld for the daughter. Finding the other main woman in Ethan’s life, his ex-wife Christine, provided its own challenges. The character requires a certain worldliness that Ethan lacks and also provides a romantic ideal Ethan can strive for. “Connie Nielsen grounds the film and she’s very compelling. Connie is very international in her path, as far as she’s from Denmark but she has lived in America for a very long time. She brings an international understanding to the film.”

When it came time to cast Vivi, the agency handler assigned to Ethan’s last mission, McG needed to find someone who could motivate Ethan to do what he must while also maintaining an aura of mystery around her. Amber Heard came into the project ready to become Vivi.

McG’s hands-on approach begins well before any of the stunts begin filming. To prepare for the car chase, McG used Hot Wheels®, a lot of carpet space, model work, and storyboarder Adolfo Martinez Pérez. “Adolpho Martinez, who I have been with ever since my very first movie, helped me design these sequences shot for shot.”

The most intricate sequence in the movie is a multi-car chase inspired by both Claude Lelouch’s 1976 film Rendezvous and John Frankheimer’s Ronin. Filmed on the actual Paris streets seen in the film, the result is a thrilling, high speed chase that the audience feels they are witnessing firsthand. This experience was something Costner was looking to have as he initially insisted on being behind the wheel of the car for the sequence, despite the fact that there was a good chance that the stunt car would end up in the Seine. McG eventually convinced Costner that, given the dangers involved, it was best if he not do it.