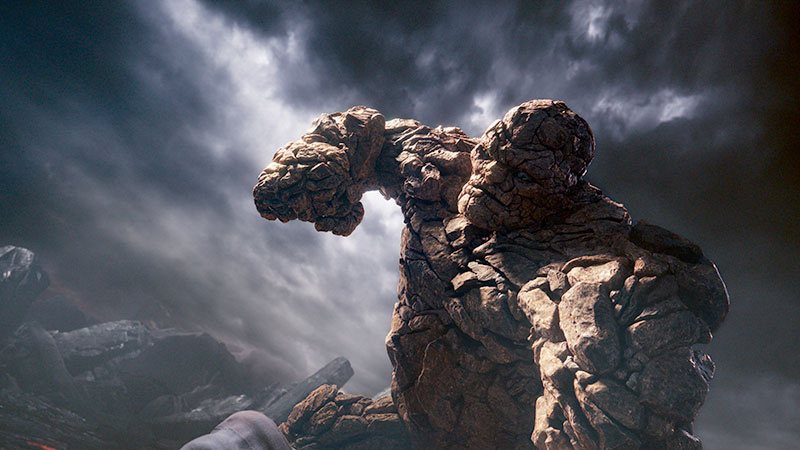 FANTASTIC FOUR, a contemporary re-imagining of Marvel’s original and longest-running superhero team, centers on four young outsiders who teleport to an alternate and dangerous universe, which alters their physical form in shocking ways. 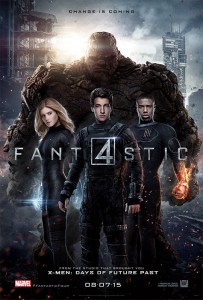 The Fantastic Four possess a vaunted position in the venerable history of Marvel Comics. Created by the legendary Stan Lee and Jack Kirby, “The Fantastic Four” issue #1 debuted in November 1961.

At the time, Fox had a reboot of The Fantastic Four in development. With the similar themes displayed in Trank’s superhero-inspired “Chronicle,” and the director’s fondness for the classic Marvel comics, the Studio executives knew they had the perfect person to bring an exciting new vision to Marvel’s First Family of Superheroes.

Trank placed the story and the characters in a world marked by diversity, reflecting our world today. This objective would be carried out in the film’s casting, story, tone and design. With Trank on board, 20th Century Fox asked Simon Kinberg to write and produce. Having produced “X-Men: First Class” in 2010 and written and produced “X-Men: Days of Future Past,” the lifelong comic book fan was the ideal person to work with Trank.

Kinberg set out to craft a screenplay that would treat the Four’s transformation not as a great gift, but as a loss of control of their bodies.  Miles Teller, one of Hollywood’s fastest rising new stars, plays Reed Richards, one of the most important characters in the Marvel universe of superheroes. Although not a comics fan, Teller says he quickly became aware of how beloved and famous the Four are in the pantheon of superheroes.

Kinberg adds, “In some ways, Johnny Storm is the funniest, liveliest, and wildest of the Four; he’s the one most people want to be. great is we found Michael B. Jordan, who really pulls it off.” Jordan recalls that the idea of him playing Johnny Storm happened soon after he completed working on “Chronicle” “Josh said, ‘I’m up for FANTASTIC FOUR,’” Jordan remembers.

To honor the legacy of Sue Storm, this bright comic book heroine, the filmmakers sought an actress with intelligence, strength and mystery. “We were all really big fans of ‘House of Cards,’ and Kate Mara’s name was the first that came up,” recalls Kinberg.

Jamie Bell, whose career was launched in the title performance in the British drama “Billy Elliott,” was chosen to play the strong-willed character,Ben Grimm. The process that led to casting Bell began with the idea of an actor who was neither big nor brutish, but who could play the character as an outsider with a lot of bottled up energy, frustration and anger that manifests itself when he turns into a monster. To portraying Ben’s mental state following his transformation, Bell had to take into account his six-foot-eight frame and thousand pound weight to physically portray the character, saying, “The physicality of the role all comes from the movement, like when I was a dancer as a kid.”

With the actors playing the Fantastic Four in place, the filmmakers set their sights on casting Victor von Doom. Kinberg recalls that casting the role was the most challenging. On the top of the filmmakers’ list was English actor Toby Kebbell, who recently starred as the scheming ape Koba in the summer 2014 hit, “Dawn of the Planet of the Apes”.