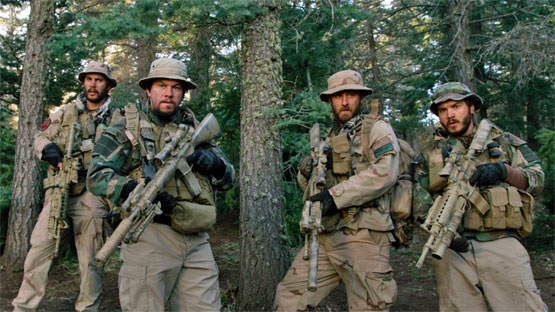 Based on The New York Times bestselling true story of heroism, courage and resilience, Lone Survivor tells the incredible tale of four Navy SEALs on a covert mission to neutralize a high-level al-Qaeda operative who are ambushed by the enemy in the mountains of Afghanistan. 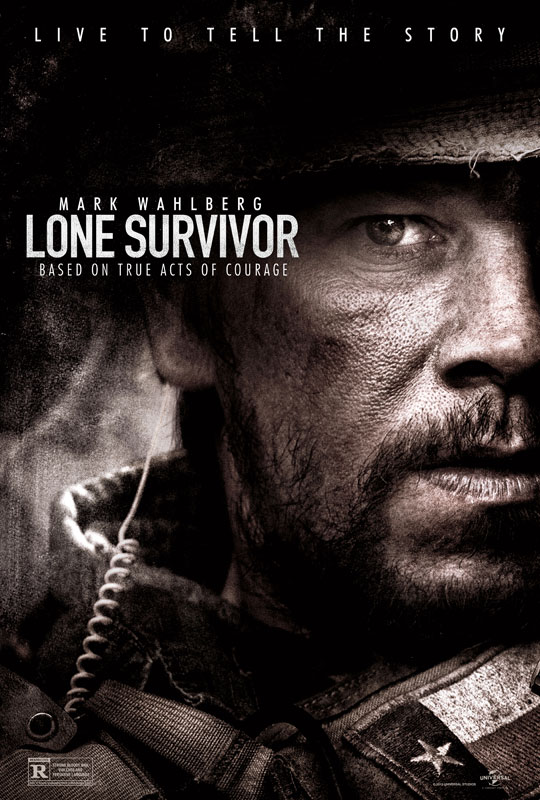 When discussing what it was like to watch someone else play him, Luttrell admits that it was initially odd. He says: “Wahlberg is a consummate professional, and he’s a great actor. It was a little strange watching somebody trying to play me, but we talked about it and I knew it would turn out great. I was more worried about the other guys because they’re not around to speak for themselves.”

Mark Wahlberg leads the cast as Marcus Luttrell, the author of the first-person memoir “Lone Survivor,” whose book has become a motivational resource for its lessons on how the power of the human spirit is tested when we are pushed beyond our mental and physical limits.  Starring alongside Wahlberg as the other members of the elite team who gave everything for their brothers-in-arms are Taylor Kitsch, Emile Hirsch and Ben Foster.  Eric Bana joins the core team as Erik Kristensen, their commanding officer in Afghanistan. Lone Survivor marks Taylor Kitsch’s third film directed by Berg.

This true story of duty and honor in the face of extreme adversity and the heroic deeds of fallen comrades caught filmmaker Peter Berg’s attention when his production partner, Film 44’s Sarah Aubrey, gave him a copy of the book and insisted that he read it. Determined to win the rights and adapt “Lone Survivor” into a film, Berg became a man obsessed. The writer/director Peter Berg is the first to admit that there were times during preproduction when he realized that this film would be his most difficult endeavor to date.

Early during the development of the action-drama, Berg mentioned to Mark Wahlberg that Lone Survivor was a film he wanted to tackle, but at the time, they each had other projects in various stages of production. Once Berg had the script at a place where he felt comfortable, he sent it to Wahlberg, who had purposely chosen not to read Luttrell’s book in advance.  “The problem when adapting a piece of material like that,” says the performer, “is that you always feel like something is missing.  I wanted to come at it from this perspective.” Wahlberg admits that the selflessness of both the SEALs and the Afghan villagers shook him deeply.

To put the actors through their paces, the production assembled an elite team of SEALs and former SEALs, including associates of Luttrell who understood what it would take for the performances to look genuine.  As was the case with Wahlberg, Kitsch knew that having Luttrell on set would be an asset throughout production.

The word “intense” was used over and over by the actors to describe the training regimen.  Kitsch, who was in Newfoundland for two months prior to the beginning of principal photography, began high-intensity workouts with body armor and long runs with a 40-lb. weighted vest.

After years of preparation and months of training, production began in October 2012 in the Sangre de Cristo Mountains of the Santa Fe National Forest at the ski basin north of Santa Fe, New Mexico. Eight days alone were spent 11,000 to 12,000 feet up in the mountains at locations such as Antenna Ridge, Raven’s Ridge, Benny’s Jump and Loggers Cliff.  There, the temperatures hovered in the high 30s and low 40s.  In all, to approximate the Hindu Kush region of Afghanistan, the production shot at 10 separate locations in the national forest.