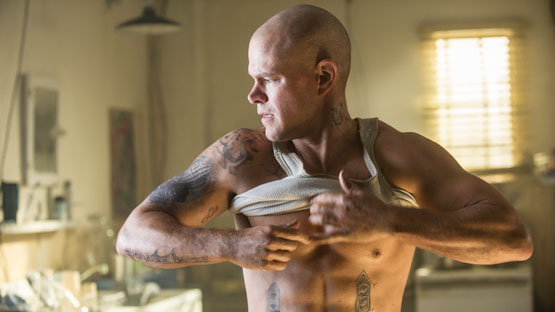 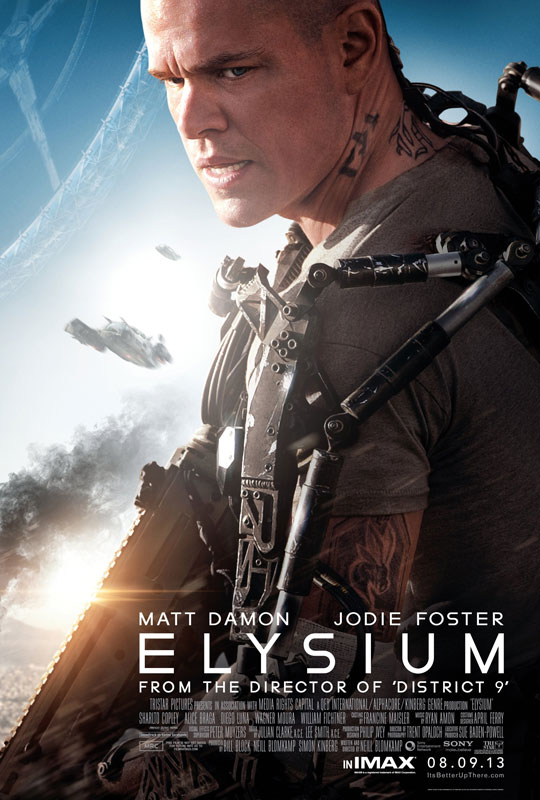 In 2009, Neill Blomkamp burst onto the scene with his first feature film, District 9. It was an enormous critical and commercial success: critics praised Blomkamp’s filmmaking style, and audiences around the world turned out to the box office to support the film’s originality and innovation. In his new film, Elysium, Blomkamp has drawn two distinct and separate worlds: an overpopulated, ruined Earth, and Elysium, a man-made space station for the extremely wealthy.

Blomkamp based his ideas for a perfect world apart from a desperate, ruined Earth on real-life concepts. “Back in the ‘70s, people were actually discussing the idea of leaving Earth and building space stations for us to potentially live on one day.”

At the center of the chaos on Earth, between the two worlds, is Max, played by Matt Damon. Max is an entirely different look for Damon – shaven, tattooed, muscle-bound. “Neill was very specific about every detail and how he wanted the character to look,” says Damon. Jodie Foster stars opposite Damon as Secretary Delacourt, the hardline official determined to protect Elysium for the wealthy. “As the Secretary of Defense, she sees it as her job to keep immigrants out of Elysium,” says Foster.

Sharlto Copley – Blomkamp’s childhood friend and the star of District 9 – re-teams with the director to take on the pivotal and villainous role of Kruger. “He’s ex-Special Forces, now a gun-for-hire operative, a professional soldier who works on Earth for the elite of Elysium,” explains Blomkamp. The cast of Elysium is rounded out by a variety of actors that might not be well-known in America, but are extremely famous in their home countries.

To portray the world of Elysium, it was necessary to draw two very distinct and different worlds – with two locations and two styles of shooting. “Contrast was a huge part of making this film, because we wanted to show Earth and Elysium back to back,” says Blomkamp. Production Designer Philip Ivey’s main goal in designing the film was to play upon the contrast been the haves on Elysium and the have-nots on Earth.