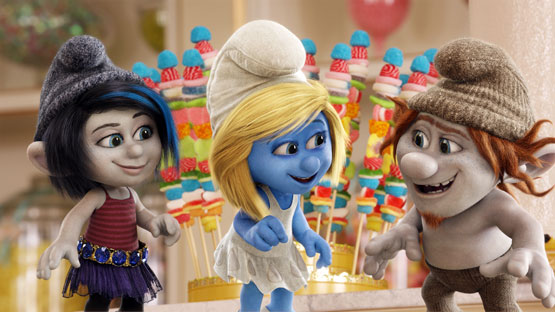 In this sequel to Columbia Pictures/Sony Pictures Animation’s hybrid live action/animated family blockbuster comedy The Smurfs™, the evil wizard Gargamel creates a couple of mischievous Smurf-like creatures called the Naughties that he hopes will let him harness the all-powerful, magical Smurf-essence. 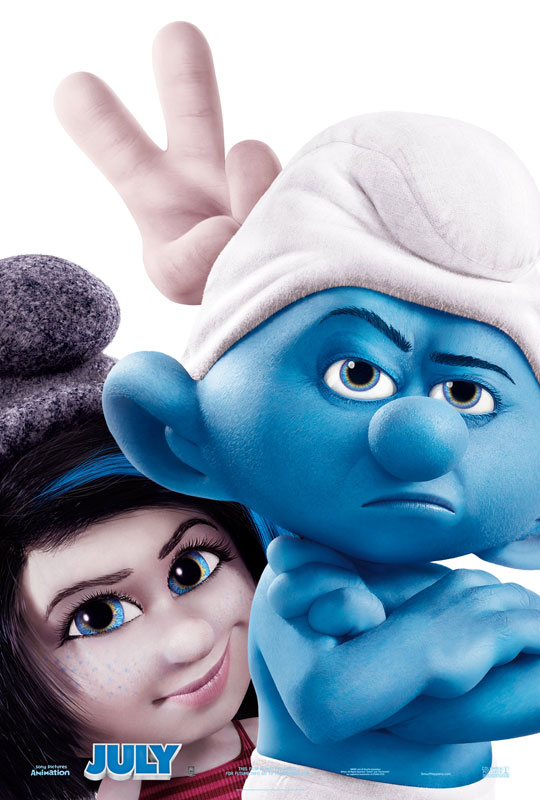 In The Smurfs 2, as Smurfette deals with her unresolved feelings toward her origins, so too will Patrick Winslow have to address his own relationship with Victor Doyle, the man who raised him.

The film stars Neil Patrick Harris, Brendan Gleeson, Jayma Mays, with Katy Perry as Smurfette and Hank Azaria as Gargamel. Directed by Raja Gosnell. Produced by Jordan Kerner. Based on the characters and works of Peyo.

“The most exciting thing for me, as a director, is setting this huge adventure all through Paris,” says Raja Gosnell, who directs the film, reprising his role from the first film. “We even got to film places where, to my knowledge, no one has ever filmed before. We were on stage in the Paris Opera House, we shot in the flying buttresses of Notre Dame. Between the great love of the Smurfs and the work that Jordan and our co-producer Raphael Benoliel did with the Paris authorities, we got into places where I thought we’d never get to shoot. What more can a director ask for?”

Nine-time Grammy Award nominee Katy Perry lends her own nuanced, energetic, and sensitive combination to the voice of Smurfette. “It was fun to get back into character,” says Katty Perry. Comedy legend Jonathan Winters is the voice behind the altruistic, gentle and wise Papa Smurf. Anton Yelchin gives voice to the innocent, exuberant Smurf with a heart of gold, Clumsy. George Lopez is the voice that captures all of Grouchy’s irascible personality. English comedian and star reporter for “The Daily Show” John Oliver provides the voicethat puts the panache in Vanity.

Jayma Mays grew up with a Smurf-obsessed mom. “She was a huge fan. She forced me to watch the Smurfs,” recalls Mays. “When I was growing up, every Saturday morning, I would come downstairs thinking, ‘Oh, it’s my morning, it’s cartoon morning, and I can watch what I want.’ No, mom wanted to watch the Smurfs.”

The Smurfs 2 has been rated PG by the Motion Picture Association of America for Some Rude Humor and Action.