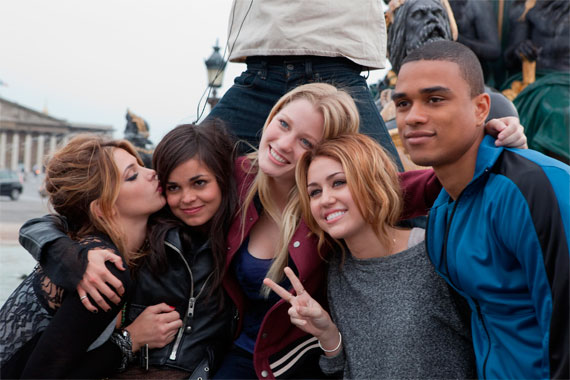 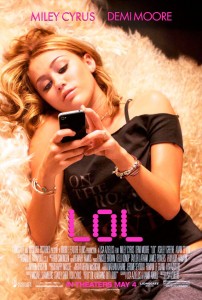 LOL (Laughing Out Loud)® was a massive hit in France

In a world increasingly connected by Facebook, Youtube, Twitter, and iTunes, Lola (Miley Cyrus) and her friends navigate the peer pressures of high school romance and friendship, while at the same time dodging their sometimes overbearing and technologically bewildered parents. Through hilarious and heartfelt moments between mother and daughter, LOL is an authentic story that perfectly captures today’s reality.

Lisa Azuelos both wrote and directed the first incarnation, LOL (Laughing Out Loud)®, the French film starring Sophie Marceau,after realizing that movies based on teen life in her home country of France were almost entirely missing.

She remembers a film in the ‘80s called La Boum (The Boom), which was basically The Breakfast Club of her generation, also starring Sophie Marceau. She describes it as a huge generation movie that young people were able to identify with during her time. Much to her dismay, she could not find a movie that the current adolescent generation, such as her own daughter, could relate to in this way. She would often times see her daughter go to the theatre to watch either an American teen movie or a horror film. Her daughter was turning sixteen years old and she felt that nobody in the movie business was reaching out to this pubescent generation. “Nobody’s describing their lives. Nobody’s doing anything,” she explains as she thinks back to how no movie has been made until LOL (Laughing Out Loud)® about the generation of today.

So Azuelos set out to change that. She wanted to create the kind of original story for the adolescent set which addressed the many complexities, pitfalls, perils and dilemmas of modern youth in their quest towards independence, self-identity and adulthood.