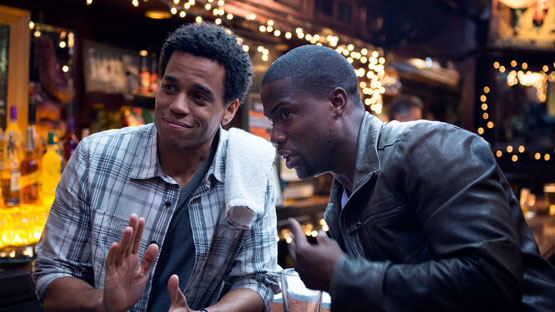 Released in 1986, the acclaimed romantic comedy About Last Night resonated with audiences over its unflinching look at the ins and outs of dating, from the hot meet to the day after to the ever after.  Based on the David Mamet play “Sexual Perversity in Chicago,” the film followed the lives of four singles, originally played by Demi Moore, Rob Lowe, James Belushi and Elizabeth Perkins.  The film was a playful illustration of how easily true love can get sidelined by misguided ideas, bad advice and social pressures. 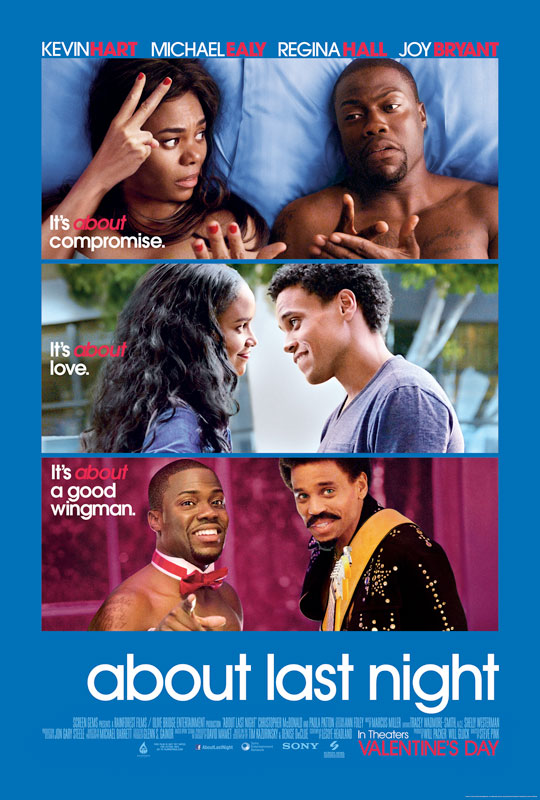 In the end, whether the love scenes suggest something romantic or offbeat, About Last Night gives moviegoers the sense that in the pursuit of that certain someone, everything can matter.

The romantic comedy stars Kevin Hart, Michael Ealy, Regina Hall, Joy Bryant, Christopher McDonald, and Paula Patton.  Steve Pink is directing.  Will Packer is producing via his Will Packer Productions banner. The screenplay was written by Leslye Headland, based on the film About Last Night written by Tim Kazurinsky and Denise DeClue.

Taking many cues from the original, the new film takes an unflinching look into how the technology of today can influence relationships.  “We take a look at dating in the contemporary modern society with all the trappings of technology, economic climate and social mores that exist today,” explains Packer.

When it came time to flesh out the roles of the four leads, the filmmakers knew that casting was of paramount importance.  “A film like this is all about casting,” argues Packer.  “We have great material, but it’s truly brought to life by the right actors.” .  For the role of Danny, a man on the rebound from heartbreak who’s ready to learn how to love again, Packer knew actor Michael Ealy would bring the passion and commitment needed to embody this complex character.  “Mike is a consummate professional, he’s always going to be the most prepared actor on set and have everything figured out,” says Packer.

For the role of Bernie, Danny’s loud-mouthed best-friend and consummate bachelor, Packer knew that comedy superstar Kevin Hart would embrace the role and run with it.  “Kevin is somebody who is always going to give you more than you ask for. He will give you exactly what you’ve asked for and give you ten other equally as brilliant options, some of which you may or may not be able to use,” laughs Packer.

For Kevin Hart, the challenge wasn’t trying to avoid getting too excited about his steamy scenes with his co-star, but in switching gears from the goofy moments between takes.  “My scenes with Regina were so hilarious because we would shoot a take and at ‘Cut!’ immediately pop right out of character and start cracking on each other, like me telling her to stop getting turned on, you’re my friend,” laughs Hart.

The filmmakers and actors went into About Last Night with the hopes of realistically capturing not just the thrill of romance when two people hit it off, but the power of sex and its influence on the evolution of a relationship.  While the task of realizing more intimate physical moments can make many actors uneasy, the four leads all shared an understanding of the importance of these scenes.