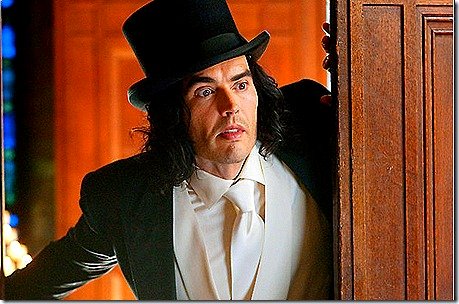 Arthur is a comedy film and remake of the 1981 film of the same name, directed by Jason Winer and written by Peter Baynham. It stars Russell Brand as Arthur, a drunken playboy who stands to lose a wealthy inheritance when he falls for a woman his family doesn’t like. Jennifer Garner, Greta Gerwig, Helen Mirren, and Nick Nolte also star. 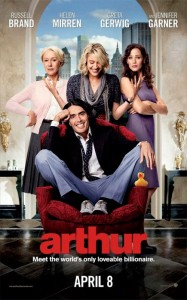 Arthur is a comedy movie directed by Jason Winer. It’s actually a remake of the 1981 movie Arthur with Dudley Moore in the lead role.

In December 2008, Warner Bros. announced they were developing a remake of the 1981 film with Russell Brand to play the title character. In February 2009, it was announced that Peter Baynham, the writer of Borat, was working on a script.

In March 2010, it was announced that Jason Winer, best known for directing episodes of Modern Family, was to direct the film, making it his first feature film. Helen Mirren, who had previously worked with Brand in 2010’s The Tempest, joined the cast in April 2010 in the role of Arthur’s nanny. Greta Gerwig was cast as Arthur’s love interest in May 2010, with Nick Nolte and Jennifer Garner joining the following month.

Irresponsible charmer Arthur Bach (Russell Brand) has always relied on two things to get by: his limitless fortune and the good sense of his lifelong nanny, Hobson (Academy Award winner Helen Mirren), to keep him out of trouble. Now Arthur faces his biggest challenge – choosing between an arranged marriage that will ensure his lavish lifestyle or an uncertain future with the one thing money can’t buy, Naomi (Greta Gerwig), the only woman he has ever loved.

With Naomi’s inspiration and some unconventional help from Hobson, Arthur will take the most expensive risk of his life and finally learn what it means to become a man, in this re-imagining of the classic romantic comedy.