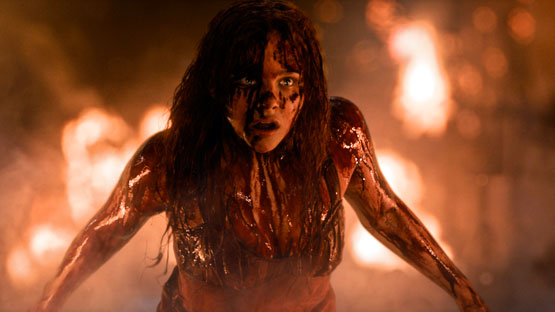 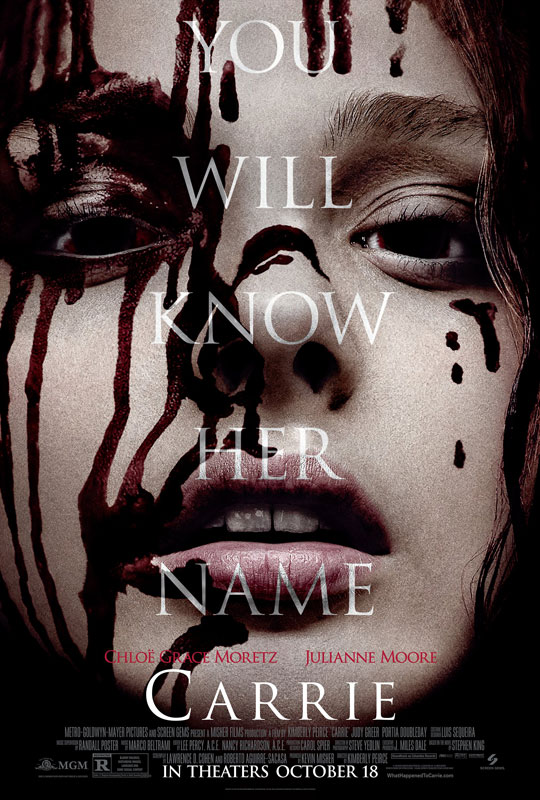 Ultimately, with CARRIE, the cast and filmmakers saw a chance to deliver a powerful new interpretation of Stephen King’s legendary story, one steeped in our fascination with a certain misfit who holds mysterious, dangerous powers that wreak havoc when unleashed.

Inspired by King’s powerful novel, which became a bestseller, Brian De Palma crafted the 1976 film Carrie, which was written by Lawrence D. Cohen. Decades later, the urge to revisit the source material and galvanize a new generation of moviegoers came to fruition. The original film, a part of MGM’s vast library, had such contemporary relevance that Jonathan Glickman, MGM’s president of motion pictures, felt compelled to re-imagine the themes that are just as applicable today as they were in King’s 1974 novel, if not more so.

With director Kimberly Peirce lined up, the team needed to find a contemporary way into the story. Producer Kevin Misher recognized that certain elements needed to be modernized to reflect the 21st century world of adolescents and community life, and in determining the direction of the film, he brought on screenwriter Roberto Aguirre-Sacasa, a longtime admirer of the story.

There were also chances to bring a modern-day perspective through the ubiquitous presence of technology and social media as a way young people interact with each other, whether for good or for ill. But such nods to the social issues of today were never approached as a chance to alter the central impact of King’s story.

When it came to casting the title role, one of the more turbulent teenagers in the history of pop culture, that decision in particular was crucial – which is why everyone was excited at the prospect of talented leading lady Chloë Grace Moretz embodying King’s creation. The filmmakers admired Moretz’s abilities and offered her the role based on her auditions and striking body of work. “Chloë is very much ahead of her time and Carrie is very much behind the time, so the nexus of those two realities made for a very, very unique Carrie,” says producer Misher.

Carrie was filmed in Toronto during the summer of 2012.  As important as any character in the movie, the house Carrie lives in with her mother needed to establish a home environment that evoked isolation and behavioral severity. Production designer Carol Spier took inspiration from King’s novel in creating the White house. “We were trying to keep in mind Margaret’s character, who she was, where she came from,” says Spier, who found a bungalow on a Toronto residential street that came close to the style she wanted. “We put a new porch on, moved the front door and put new windows in, then added dormers to the rooftop. The interiors we built on a soundstage.”